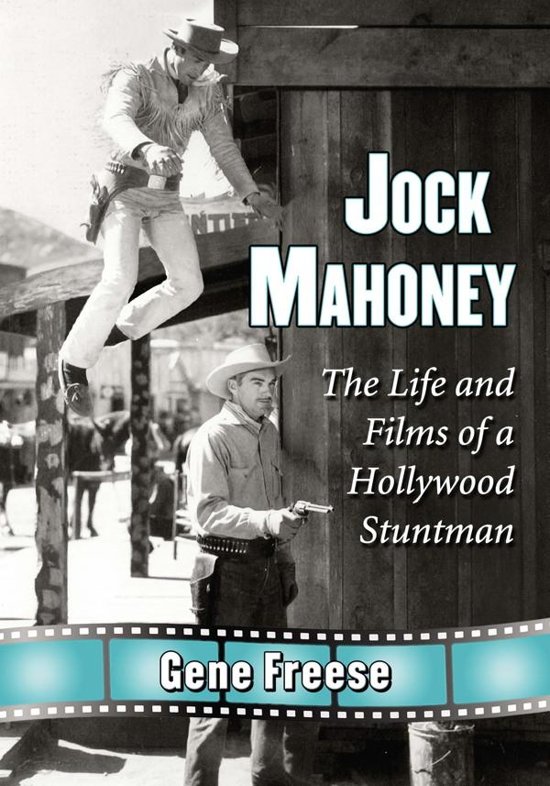 Iowa-born Jock Mahoney was an elite athlete and U.S. Marines fighter pilot prior to falling into a film career. He is widely considered to be one of the greatest stuntmen in movie history, having taken leaps and bounds for Errol Flynn, John Wayne, Randolph Scott, and Gregory Peck. One of the first stuntmen to successfully move into acting, he was the popular star of the 1950s television westerns Range Rider and Yancy Derringer and twice played Tarzan on the big screen, presenting a memorable portrayal of an educated, articulate and mature jungle lord true to author Edgar Rice Burroughs' original vision. Filming in real jungles around the world took a physical toll on Mahoney that transformed him from leading man to burly character actor. He had to overcome the effects of a stroke but true to his tough guy nature rose above it to resume his life's many adventures. Mahoney was beloved by fans at conventions and appearances until his untimely demise in 1989 from a stroke-caused motor vehicle accident.

a most fascinating book and highly recommended --Examiner.com.