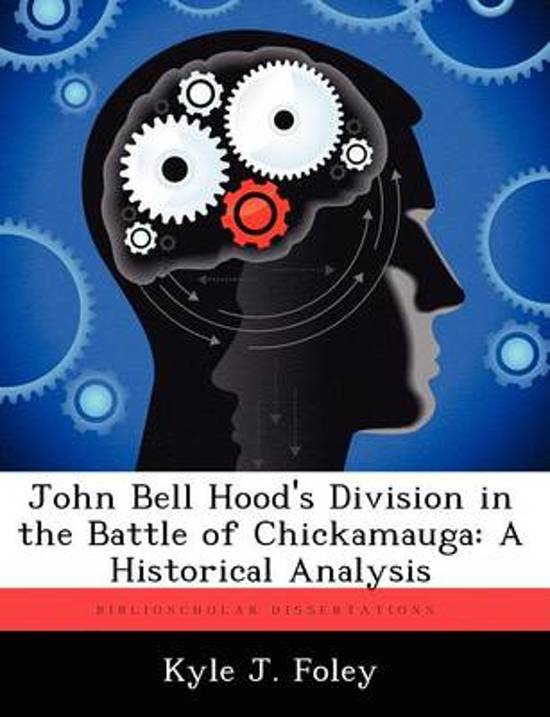 This thesis is a historical analysis and assessment of Major General John Bell Hood's Division during the Battle of Chickamauga. In early July 1863, the Confederate Army suffered two major defeats, Vicksburg and Gettysburg, where the division suffered many casualties, including Hood. Hood's Division earned a reputation as the best division in the Army of Northern Virginia. This division was selected to reinforce General Braxton Bragg's Army of Tennessee, and his campaign to defeat the Federal Army of the Cumberland, under the command of Major General William Rosecrans. Their reputation preceded them with high expectations. Chickamauga was the division's first major battle in the western theater. The thesis begins with brief pre-Chickamauga biographies of Hood and his brigade commanders; Brigadier General Evander McIver Law, Brigadier General Henry L. Benning, and Brigadier General Jerome B. Robertson. Next, the circumstances that brought the division to the Battle of Chickamauga and their journey to northern Georgia will be discussed. Thereafter, a close examination of the engagements conducted from 18-20 September 1863 will be discussed. Finally, an analysis will be presented to how the leaders of Hood's Division performed during the Battle of Chickamauga, and draws conclusions as to the proximate causes of their performances. These causes focus on the divisional leaders and their decisions.
Toon meer Toon minder