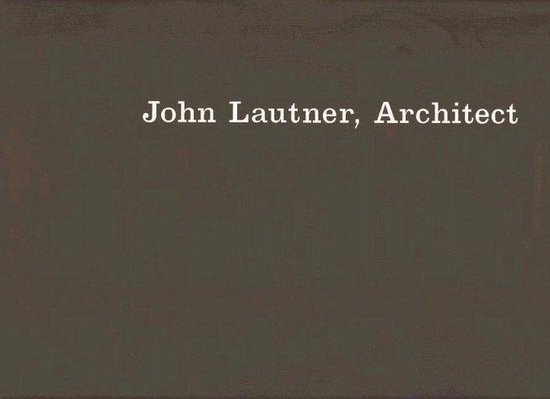 In 1937, then an apprentice with Frank Lloyd Wright, John Lautner went to Los Angeles to supervise construction of the Sturgess Residence. Two years later he established his own office in Hollywood, building a house for himself which Henry Russell Hitchcock called the best house by an architect under 30 in the US . Never part of the architectural establishment, John Lautner has always practiced what he calls real Architecture . Among the best-known examples are the Malin Residence (Chemosphere), the Reiner Residence (Silvertop), the Goldstein (formerly the Sheats) Residence, the Arango Residence in Acapulco, and the Elrod Residence in Palm Springs. His work ranges from exciting but low-cost houses to finely crafted large residences, to restaurants and educational facilities. This monograph is a presentation of John Lautner's work. Almost 50 realized buildings, dating from 1940 to 1992, are described and illustrated. The book also includes a chronological list of work, a bibliography, an interview with Lautner in which he describes the most important influences on his work, and Lautner's own individual views on architecture.
Toon meer Toon minder