There's a lot people don't know about John McCain. They know the war hero, the prisoner of war. Those are the things that have made the headlines and the history books. But there is also the John McCain, working statesman, who has spent two terms in the House of Representatives and six terms in the Senate, going about the business of creating bills and fighting the good fight on the Senate floor for the benefit of the American people and the country.


It is from that John McCain that this book focuses on looking at the specifics of his decades as the ultimate statesman doing the country's business. Written by New York Times Bestselling Author Marc Shapiro, John McCain: A View From The Hill delves into McCain's character, demeanor, his ability to craft bills and legislation that he cares about and ramrod them through the slippery slope of politics and into law.


Through extensive research and exclusive one-on-one interviews with McCain's colleagues and foes, award-winning journalists and, in one instance, the observations of a man who had a front row seat at the Keating 5 scandal, McCain's most challenging political moment, Shapiro probes McCain's ability to get along with Republicans and Democrats alike.


The book looks at his uncompromising willingness to fight the presidential powers that be if he did not agree with them, the two rough and tumble presidential campaigns he lived through at a time when politics was entering a particularly ugly phase, and the long simmering feud with current President Donald Trump which finally exploded.


If you think you know the life of John McCain, it is time to check your preconceptions. Because John McCain: A View From The Hill is about to take you deep inside a place you've never been before: How a historically significant man and politician has earned his stripes as a statesman for the ages. 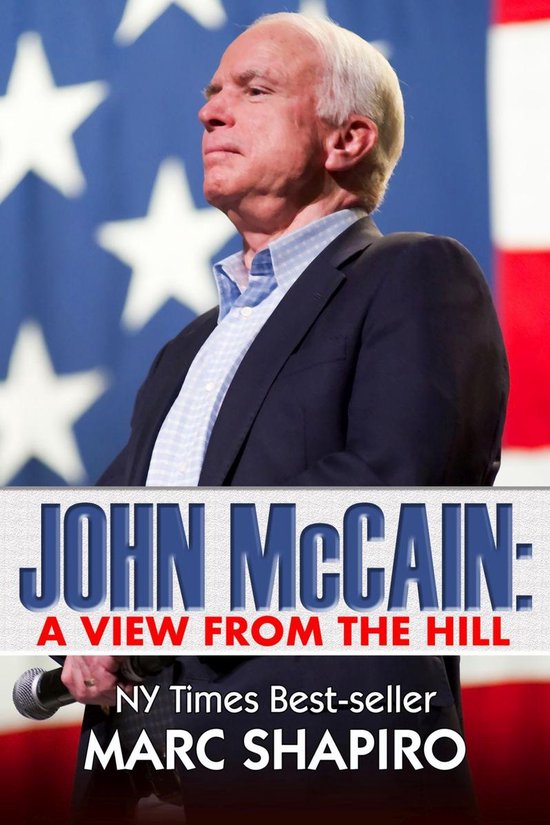