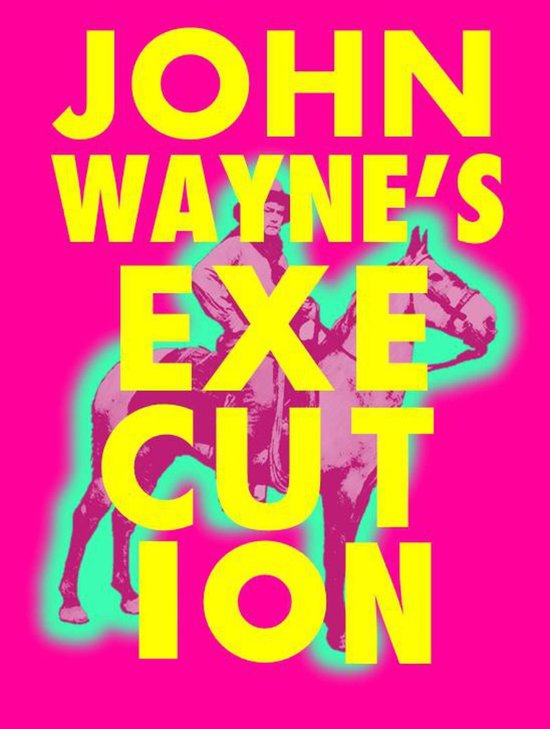 In Monument Valley, John Wayne's iconic status as a tough cowboy, Hollywood star, and American hero is forever tilted after a Navajo movie actor is fired for refusing to die on set. In Sherwood, Arizona, the Duke's reputation is put on trial when history comes to collect its debts after a new sheriff comes to town, a teacher is fired, a movie theatre hosts a controversial guest speaker, a hero named Mercy rises in the new west, and China reaches new heights. Frame by frame, a young projectionist pieces together the deleted scenes that begin to unravel something much closer to the truth that is Marion Morrison (a.k.a. ''John Wayne''). And, to quiet any suspicions surrounding these events, a host of celebrity cameos from Jimmy Stewart, Kirk Douglas, Walt Disney, Clark Gable, director John Ford, Senator Joseph McCarthy, and Nancy & Ronald Regan all join in and take part in John Wayne's Execution.