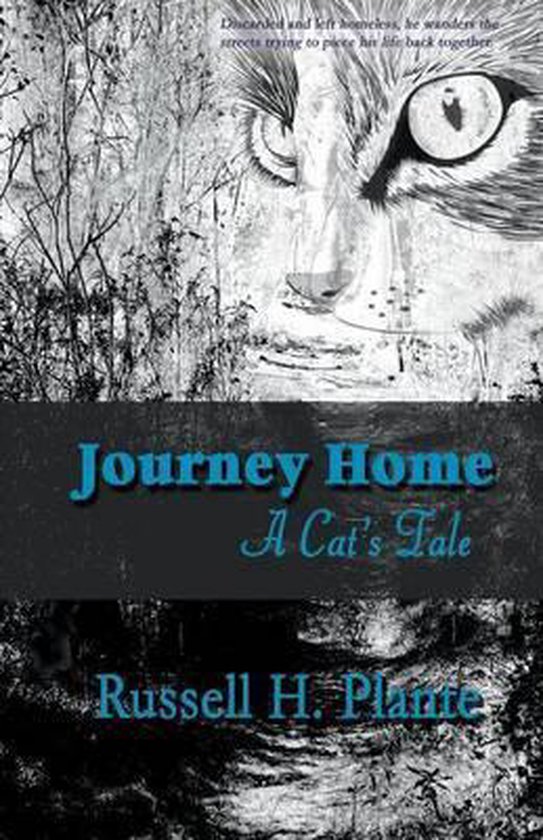 JOURNEY HOME A CAT S TALE is a story based upon the actual life of a cat found abandoned in a dumpster, left to die. Born in a small town on the coast of Maine, an unpretentious cat named Patches encounters life changing experiences during his first two years. Discarded by an uncaring owner and left homeless without food or shelter, he wanders the streets to piece his life back together. Along the way, he discovers new friends like Chester, a relocated cat from New York City and Buster, a neighborhood stray, who teaches him how to fend for himself.
Late one night during a violent blizzard, a series of events abruptly changes his life once again after he saves Buster from a fire and then returns to the garbage dumpster for a local diner to seek shelter and food. As he jumps into the dumpster, his leg is ensnared by the steel jaws of a leg-trap. He feels the sharp, razor-like teeth cut into him, and the fear of dying or losing his foot becomes reality. Like the doleful cry of an incessant wind, memories of his past and unanswered questions about his father s abandonment engulf his thoughts.
Will he discover what has become of his siblings, find a new home, and ever understand his father s message and why he abandoned him? Will he survive the cold darkness and discover once again a path that leads to the understanding he seeks?
About the Author: Russell H. Plante
Russell H. Plante is an Engineering Physicist with a diverse engineering and academic background in Engineering Physics, Electrical Engineering, and Business Administration. A skilled technical writer, he is a previously published author with John Wiley & Sons, Inc. and Academic Press (Elsevier) and continues to write in both non-fiction and fiction genres. He resides with his wife Kathy and their three cats in Kittery, Maine where there s always a chance of a blizzard and some time to write meaningful stories during a long cold winter."
Toon meer Toon minder