Journey to Different Provinces of the Russian State. Part Three. Second Half 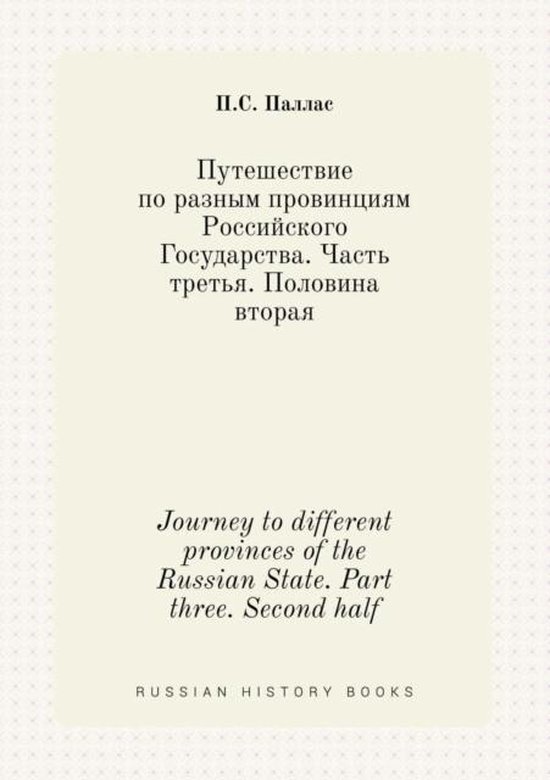 Peter Simon Pallas (1741-1811) - one of the greatest naturalists of the XVIII century. A talented scientist in Berlin in 1767 accepted an invitation to join the St. Petersburg Academy of Sciences. Soon, he began training for the Academy of Sciences of the complex planned expedition to study Russian in natural science, economically and culturally. Pallas was instructed to guide one of the detachments of the Orenburg expedition. As of 1768-1774. Within six years of detachment Pallas had outstanding research in European Russia, the Urals and Siberia. Throughout the trip the scientist kept a detailed log of your travels. The enormous amount of factual material collected by Pallas, formed the basis of his major work - "Traveling to different places of the Russian state," which remained a reference book of many generations of scientists. In the preface to his work on the reliability of Pallas he says as the main Property Description travel. Pallas was able to significantly raise the level of knowledge in various fields: zoology and paleontology, botany, geography, geology, ethnography, linguistics, history, administrative and territorial governance in Russia. Proceedings PS Pallas went first to his mother, in German and then translated into Russian. Translated from the German work "Travel to different places of the Russian State" in three parts (five books) was made by F. Tumansky and student Pallas, Vasily Zuev, was in his expeditionary force. For the first time in Russian "Journey ..." it was published in the 1773-1788 biennium. in "Assembly, tries to transfer foreign books," established by Catherine II.
Toon meer Toon minder