Journey to the Seven Churches Mentioned in the Apocalypse. 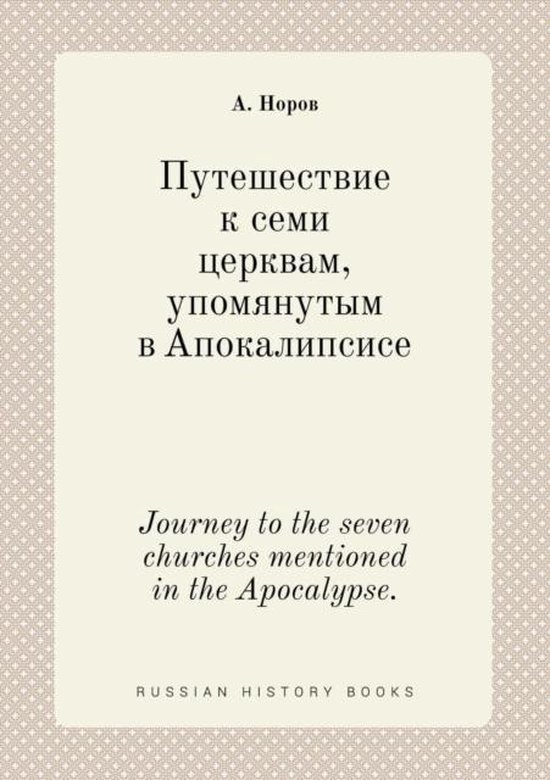 Author - S. Abraham Norov (1795-1869) - the person is highly uncommon: comes from an old noble family, the writer, polyglot, a research scientist, a bibliophile, collector, traveler, statesman. In 1812, the Battle of Borodino lost a leg, he nevertheless fulfilled his dream and traveled extensively around the Mediterranean and the Middle East, when a similar event was not easy, and for a healthy person. Moreover, the purpose of Norov was not a simple pilgrimage, his research interests were - topographic surveys in Egypt and Palestine, as well as search for rare books for his library of oriental literature, which was considered one of the best in Europe. This book is an account of the journey in 1835 to the seven churches mentioned in the first chapter of the Bible book "Apocalypse." Notes Norov contain detailed descriptions of sights seen, as well as many interesting observations and notes on the history and geography of one of the oldest centers of human civilization.
Toon meer Toon minder