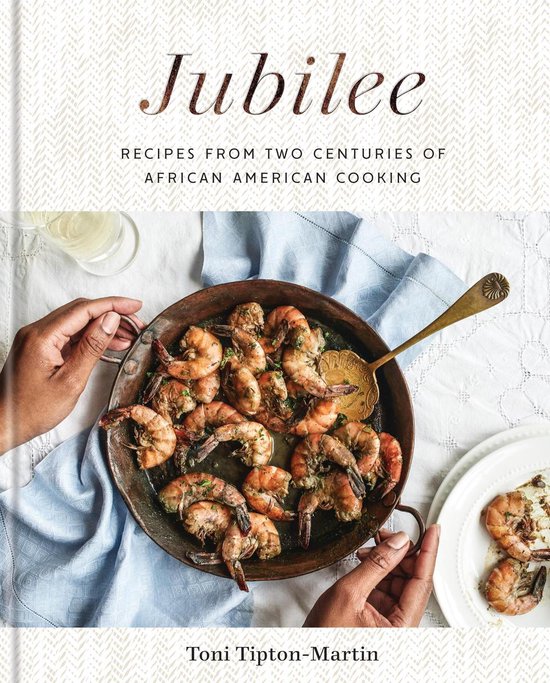 &;A celebration of African American cuisine right now, in all of its abundance and variety.&;&;Tejal Rao, The New York Times

Throughout her career, Toni Tipton-Martin has shed new light on the history, breadth, and depth of African American cuisine. She&;s introduced us to black cooks, some long forgotten, who established much of what&;s considered to be our national cuisine. After all, if Thomas Jefferson introduced French haute cuisine to this country, who do you think actually cooked it?

In Jubilee, Tipton-Martin brings these masters into our kitchens. Through recipes and stories, we cook along with these pioneering figures, from enslaved chefs&; to middle- and upper-class writers and entrepreneurs. With more than 100 recipes, from classics such as Sweet Potato Biscuits, Seafood Gumbo, Buttermilk Fried Chicken, and Pecan Pie with Bourbon to lesser-known but even more decadent dishes like Bourbon & Apple Hot Toddies, Spoon Bread, and Baked Ham Glazed with Champagne, Jubilee presents techniques, ingredients, and dishes that show the roots of African American cooking&;deeply beautiful, culturally diverse, fit for celebration.

&;There are precious few feelings as nice as one that comes from falling in love with a cookbook. . . . New techniques, new flavors, new narratives&;everything so thrilling you want to make the recipes over and over again . . . this has been my experience with Toni Tipton-Martin&;s Jubilee.&;&;Sam Sifton, The New York Times

&;Despite their deep roots, the recipes&;even the oldest ones&;feel fresh and modern, a testament to the essentiality of African-American gastronomy to all of American cuisine.&;&;The New Yorker

&;Tipton-Martin has given us the gift of a clear view of the generosity of the black hands that have flavored and shaped American cuisine for over two centuries.&;&;Taste