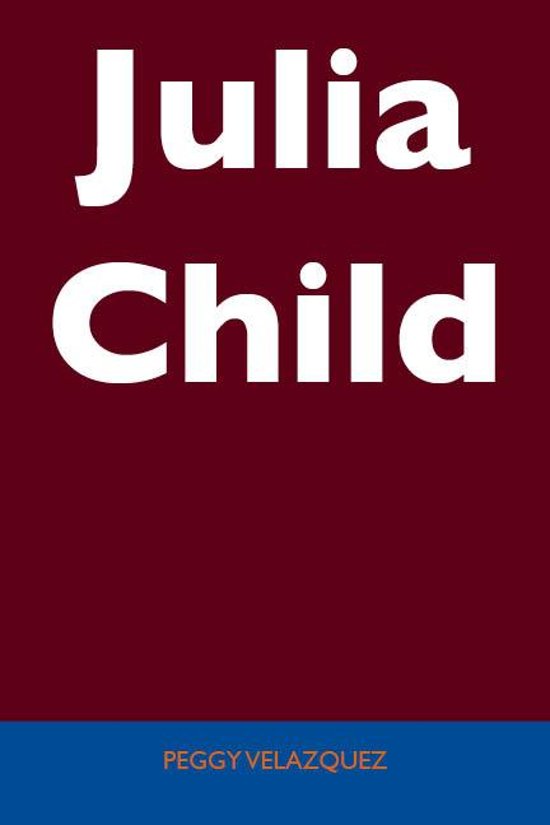 Complete Guide to Julia Child. Get the information you need--fast! This comprehensive guide offers a thorough view of key knowledge and detailed insight. It's all you need.

Here's part of the content - you would like to know it all: Delve into this book today!..... She is recognized for bringing French cuisine to the American public with her debut cookbook, Mastering the Art of French Cooking, and her subsequent television programs, the most notable of which was The French Chef, which premiered in 1963. ...Beginning with In Julia's Kitchen with Master Chefs, the Childs' home kitchen in Cambridge was fully transformed into a functional set, with TV-quality lighting, three cameras positioned to catch all angles in the room, and a massive center island with a gas stovetop on one side and an electric stovetop on the other, but leaving the rest of the Childs' appliances alone, including my wall oven with its squeaking door. ...She donated her kitchen, which her husband designed with high counters to accommodate her formidable height, and which served as the set for three of her television series, to the National Museum of American History, where it is now on display.

... In 2002, Child was the inspiration for The Julie/Julia Project, a popular cooking blog by Julie Powell that was the basis of Powell's 2005 bestselling book, Julie and Julia: 365 Days, 524 Recipes, 1 Tiny Apartment Kitchen, the paperback version of which was retitled Julie and Julia: My Year of Cooking Dangerously.

There is absolutely nothing that isn't thoroughly covered in the book. It is straightforward, and does an excellent job of explaining all about Julia Child in key topics and material. There is no reason to invest in any other materials to learn about Julia Child. You'll understand it all.