Kalachakra - The Wheel of Time An Empowering Journey 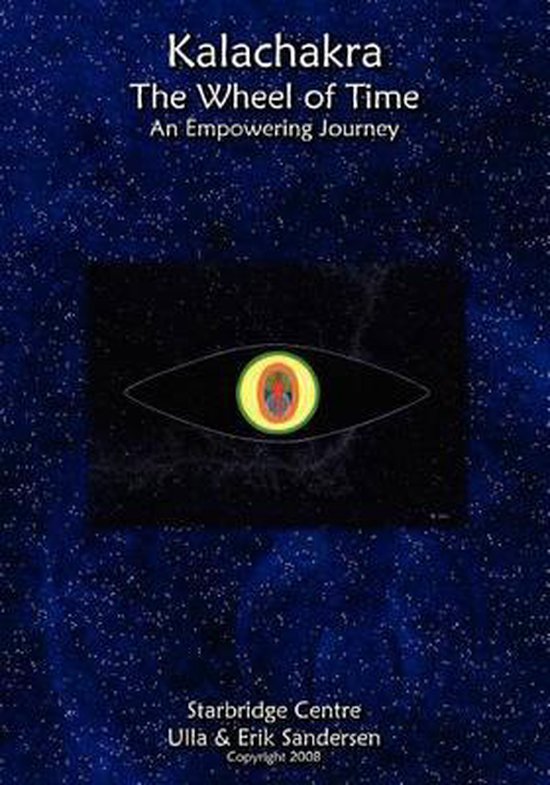 The Kalachakra, the great cosmic clock, is an organising structure of consciousness, not of matter, formed as an awe inspiring, deep violet blue rotating flower, a disc of cosmic proportions. Its luminosity is evident. It is the blueprint of man, beyond time andspace. In its universal perspective which is the approach we are presenting in our work and in this booklet, the Kalachakra is a projection of God, one of his very high reflections, but not the only one. Whether you have an attitude about a personalised God, or you believe that something like this does not exist, you will find that the reality is different. The most important in such an experience is the flexibility of themind. The immanent organising structure of the Kalachakra existed even before the Big Bang created the universe. You can see the Kalachakra as similar to the Sri Yantra, the well-known visible mandala that the root sound OM creates1, displaying the vibrational pattern of cosmic law and order, radiating out in the created world in four directions, to the north, east, south and west. But it is more true to say that the Kalachakra was before the SriYantra. The Kalachakra has never not been. As the blueprint for body, mind and spirit, the Kalachakra has a composite nature; the different levels of the aura the "koshas," are not separate layers as in an onion, but multi dimensionallyinterconnected. The Kalachakra relates to life and to consciousness, wanting to bring the manifestation on to the next incarnation. The all encompassing life is an aspect of the Kalachakra. It covers myriads of life everywhere. As such the Kalachakra offers a path from the normal, outer, face-value measurement of time and towards the centre of the circle, to the higher Self in the core where the outer clock-time is transcended to inner time ortimelessness."
Toon meer Toon minder