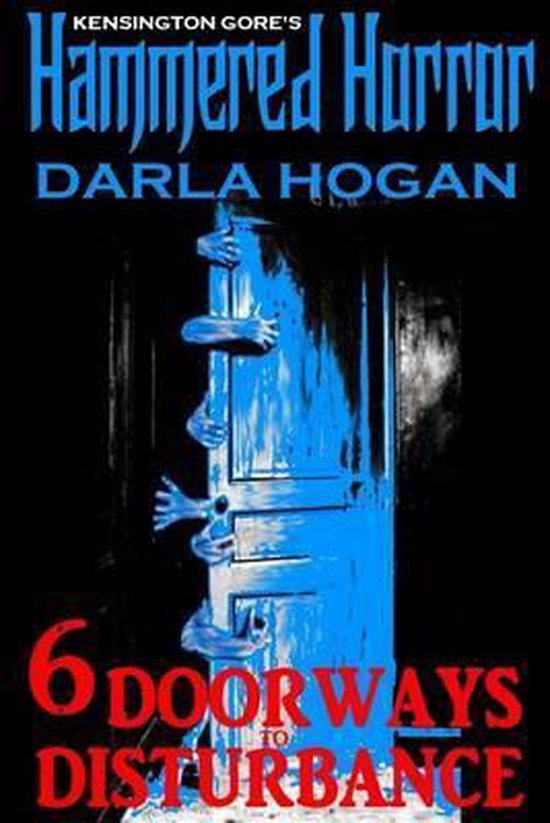 6 DORRWAYS TO DISTURBANCE BY DARLA HOGANAs we proceed through life’s journey we come across closed doorways beckoning us to enter unknown realms. Journey through 6 Doorways to Disturbance to discover what happened to those who opened doors that lead along a pathway they wish they never started.A collection of six disturbing novellas by Darla Hogan.THE PEN AND THE PUBLISHER:Financially struggling publisher Ken Groat discovers a masterpiece of horror fiction, but on attempting to contact the author he finds the contact details of the writer have mysteriously disappeared. He receives a series of clues enabling him to locate of the author’s address. He travels to a remote village and meets eccentric writer Harley Evans, unaware he is about to become the main character in the final chapters of a dark and deadly manuscript. THE COLLECTOR:Is Ernest Benjamin Thompson, a man obsessed by objects of beauty? Throughout his lifetime he acquires a great fortune, both in terms of finances and property. One fateful day, Ernest discovers a grand old house he dreamt of owning since his childhood is for sale and purchases the property. While overseeing the preparations of the house to hold and display his collection of priceless artefacts, he discovers a room hidden under the house. Through the acquisition of a strange old grandfather clock, he unravels the terrible past of the underground chamber, a past he is inexorably drawn into as he starts adding to the previous occupant’s collection. FELLSIDE HOUSE:John & Jayne Dexter, a young and vibrant couple from London are excited at the prospect of relocating to a rural part of northern England. While holidaying in the area they are moving to, they come across an old deserted house that's for sale. Despite the rumours of Fellside House’s dark past, they purchase the property as their new home. During early renovations they discover some disturbing information about the building’s previous occupants. Shortly after moving into the house they are woken one stormy night by terrible wailing and screaming sounds rising up from under the house. In a desperate effort to discover the source of the dreadful screams, John uncovers a doorway to a cellar that has been sealed for many years. Despite all of their efforts to rationally deal with the myths of Fellside House, its evil curse gradually devours them into its malevolent bowels. THE FAIRY GARDEN:When Josh Brenon, national newspaper journalist, returns from his holiday, he little expects to return to the sinister happenings in rural England. Accompanying his beautiful colleague, Sara, he helps to unravel the mysterious work of Professor Peterson and discover the dreadful truth about the fairies at the end of the garden.BLACK ROSE:John Dutton despises his lifelong neighbour who married the woman he loved and always seems to out-trump him in everything they do. The only chance John has of bettering his neighbour is to win the ‘best rose of the village’ competition in a forthcoming fete. During the unusually hot summer, John is befriended by a strange Turkish girl who answers an advertisement he has placed following an accident. In an attempt to beat his neighbour, John tries to cultivate and grow some black roses, but events take a dark turn. As the competition draws nearer, the neighbours discover the darker side to the Black Rose of Halfeti.MY LADY:Mark Evans was a normal young man until, in his twenty first year of life, he set eyes on the portrait of a woman. From that moment he falls in love with her. Mark is haunted by the image of his lady and finds his love for her is so great he is unable to love any other woman. Through his work in an art auction house, he discovers the portrait was especially painted for him by a Spanish clairvoyant’s son born years before he was.. By chance, he acquires the portrait & only in the final days of his life, does he meet his lady to discover the tragic truth as to who she really is.
Toon meer Toon minder