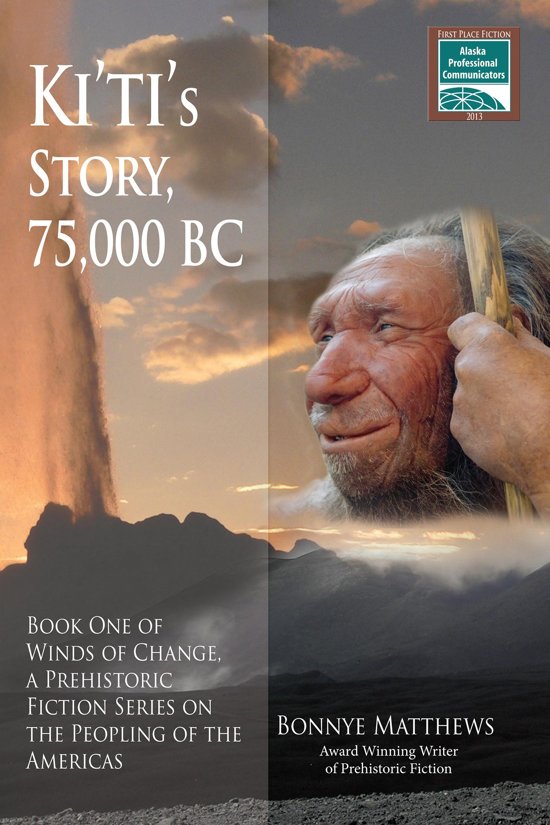 "What author Bonnye Mathews has managed to do is to expertly craft a series of notably entertaining novels that incorporates new data into an historical fictional accounts that bring these ancient peoples alive." -Midwest Book Review

Ki'ti's Story is a coming of age story of a girl predestined to lead her people. It is the tale of how three different groups of people, Neanderthals, Cro-magnons, and Homo erectus meet and become the People. The story begins as they race to avoid the ashfall from a supervolcano, which is modeled on the eruption of Mt. Toba.

Come walk with Neanderthals and explore a different time and place. Meet Wamumur, the Wise One, who recaptures love and learns a little too late that he pushes too hard as a teacher, as did his father before him; Totamu, the administrative head of the People, whose officious behaviors are accepted often with irritation but with the realization that she works for the good of the People; Ki'ti, the child whose childhood is cut short because she has been gifted with memory of the stories of the People, who is wise beyond her years in some respects and ignorant and willful in others; Nanichak-na, the individual recognized for hunter leadership who would be chief if they had one.

The story is based on substantial research, much of which occurred in the last fifteen to twenty years. Ki'ti's Story, 75,000 BC provides an opportunity to explore a unique view of Neanderthal life based on recent science. For example, it is now accepted that Neanderthals had fair skin, some had red hair and blue eyes, and they could speak as well as we can. They were intellectually bright, were able to catch dolphins (something that cannot be done from shore), could kill megafauna for food with spears, and survive cold temperatures and hostile environments that would challenge our best survivalists. They also created art, buried their dead with red ocher, and/or flowers, and cared for their disabled.

Ki'ti's Story, 75.000 BC is Book One in the Winds of Change, a prehistoric fiction series on the peopling of the Americas.

"Bonnye Matthews is America’s preeminent writer of prehistoric history." - Grace Cavelieri of The Poet and the Poem from the Library of Congress.

Oorspronkelijke releasedatum
2016-01-01
Subtitel
Winds of Change, a Prehistoric Fiction Series on the Peopling of the Americas: Book One
Thema Subject Code
FJ