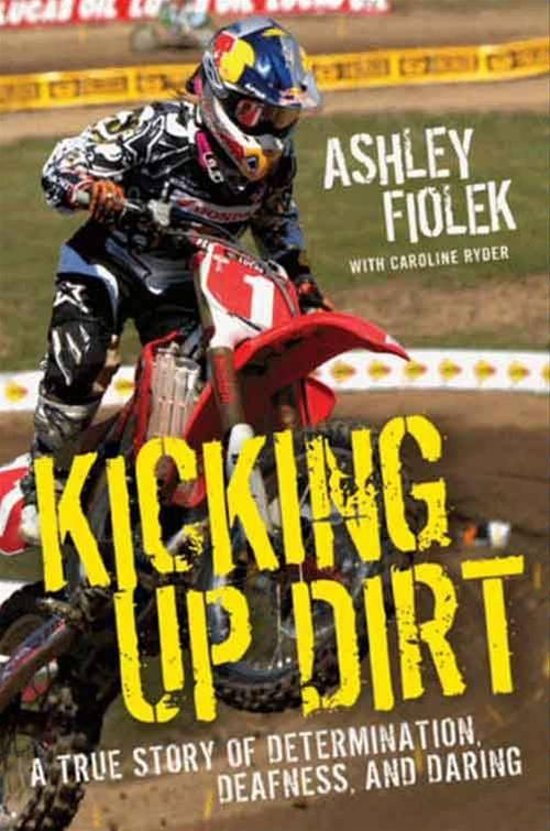 "Ashley Fiolek's incredible story perfectly embodies the adage "the only thing that deaf people can't do is hear.' Fiolek is an inspiration to anyone who has a barrier to overcome. My hands are waving in the air, and I'm screaming for her; this book should not be missed."


"Ashley Fiolek's not just good at motocross for a girl…she's flat-out good. She is a tough, confident, competitive racer who has overcome enough in her life to know that nothing is impossible."


Called "a crusader for gender equity in her sport" by the New York Times, 2008 Women's Motocross Champion Ashley Fiolek's inspiring memoir about her life-long deafness, her triumph over adversity, her rise to the top of her male-dominated extreme sport, and how her family and Christian faith helped her get there. Fans of motocross and extreme sports, as well as readers who enjoyed memoirs such as Bethany Hamilton's Soul Surfer, will be inspired by Kicking Up Dirt.