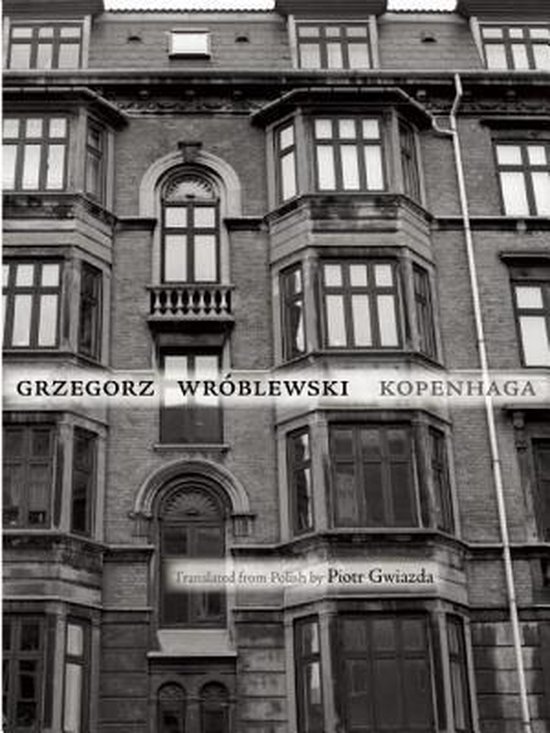 Kopenhaga is the first comprehensive collection of prose poetry by Grzegorz Wroblewski, one of Poland's leading contemporary writers. The book offers a series of vignettes from the crossroads of politics and culture, technology and ethics, consumerism and spirituality. It combines two tropes: the emigrant's double identity and the ethnographer's search for patterns. While ostensibly focused on Denmark, it functions as an investigation of alterity in the post-cold war era of ethnic strife and global capitalism. Whether he writes about refugees in Copenhagen (one of Europe's major transnational cities), or the homeless, or the mentally ill, or any other marginalized group, Wroblewski points to the moral contradictions of a world supposedly without borders. There is something strange and indecent about people who suddenly dispose of their libraries. Recently, the well-off R. appeared at my door with a carton of books; he is moving and there is no space for them in his new apartment (which is probably bigger than the previous one). This is how Formy by Tadeusz Rozewicz (Czytelnik, Warsaw, 1958, 1st edition) ended up in Christianshavn. Last sentence of the volume: Amid all this din we walk toward silence, toward explanation. Grzegorz Wroblewski, born in 1962 in Gdansk and raised in Warsaw, has been living in Copenhagen since 1985. He has published ten volumes of poetry and three collections of short prose pieces in Poland; three books of poetry, a book of poetic prose and an experimental novel in Denmark; a book of selected poems in Bosnia-Herzegovina; and a selection of plays. His work has been translated into fifteen languages. His poems in English translation appear in many journals, anthologies, and chapbooks, as well as in two collections Our Flying Objects (Equipage Press, 2007) and A Marzipan Factory (Otoliths, 2010). Translator Piotr Gwiazda has published two books of poetry, Messages (Pond Road Press, 2012) and Gagarin Street (Washington Writers' Publishing House, 2005). He is also the author of James Merrill and W.H. Auden: Homosexuality and Poetic Influence (Palgrave Macmillan, 2007). He is an Associate Professor of English at the University of Maryland Baltimore County (UMBC). Alien to Joycean effulgence, Kopenhaga is nonetheless a book of silence, exile, and cunning: silence instead of moralizing in the face of modernity's indignities; exile from native land and language; cunning in cajoling these conditions to sing a new song, one lacking in all jubilation, still somehow victorious in the absolute character of defeat. Grim, glancingly beautiful, always necessary. Joshua Clover Wroblewski is the true poetic chronicler of our 21st century diaspora in all its absurdities and anxieties. Kopenhaga, his book of aphoristic prose poems, pulls out all the rhetorical stops to present us with a relentless, sardonic, and hilarious picture of a culture (at once highly particular and yet anyculture) as insane as it is public-spirited and kindly. Kopenhaga is a journey to the end of the night that always makes a U-turn in the middle, to take in the latest folly and also self-rescue mission of the transplant. Read it and weep and then laugh! Marjorie Perloff Wroblewski has written one of the most important books of our time: these are at once unsettling and comforting, timely and wryly moving poems about the laughable annoyances, limited joys, and the never fully present sorrows of cosmopolitanism, the life of the citizens of the world. Gwiazda has rendered this study in a language full of 'water and shouting and whalers.' I can think at the moment of no better book for you to read in this our immense and always new Copenhagen. Gabriel Gudding
Toon meer Toon minder