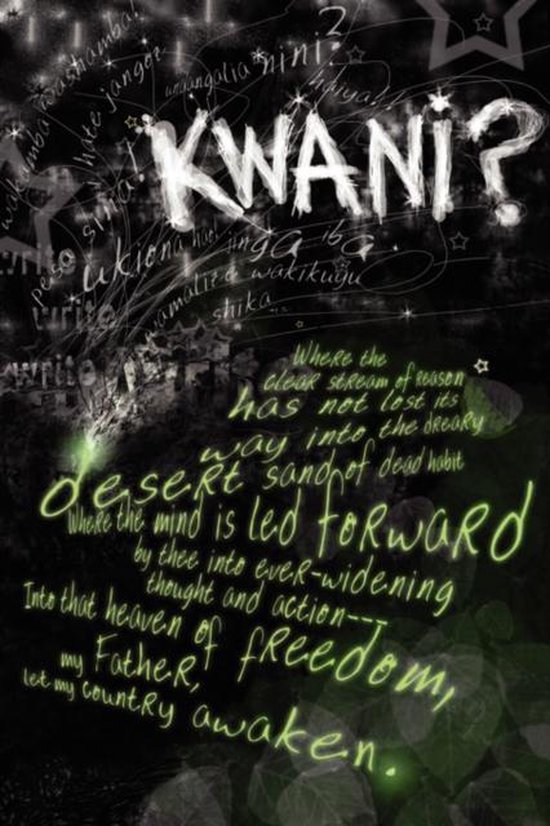 Following and keeping close to the great tradition set by its three predecessors, Kwani? 4 presents a wail of new voices in literary concert with the not so new. The now established talents- Binyavanga Wainaina, Muthoni Garland, Doreen Baingana- share these pages with the fast risers: Billy Kahora, Mukoma wa Ngugi and Shalini Gidoomal. And Kwani? 4 has delved deeper into the all those spaces where the Kenyan story lives: the street corners, the neighbourhood pubs, the in-between semi rural places where the clash of cultures- the traditional versus the modern- continues to redefine the social roles of the individual, dismantle patriarchal constructs and still retain the pithy wit and the devices of ancient orature that time and the ritual of the communal fireside have honed. Still, as though in ridicule of such notions of Africa as being the continent on the lee side of the Digital Divide, Kwani? 4 reaches into the burgeoning realms of the Kenyan blogosphere to bring such politically aware, borderline intellectual and only-two-degrees-shy-of-rebellious voices bringing a fresh look at the old themes of politics, slices of life and religion and placing them alongside such taboo subjects as sex beyond the hetero-normative ideal. Kwani? 4 is established in Africa as the space for cutting-edge new fiction, mind provoking non fiction and photo-essays and witty graphic narratives.
Toon meer Toon minder