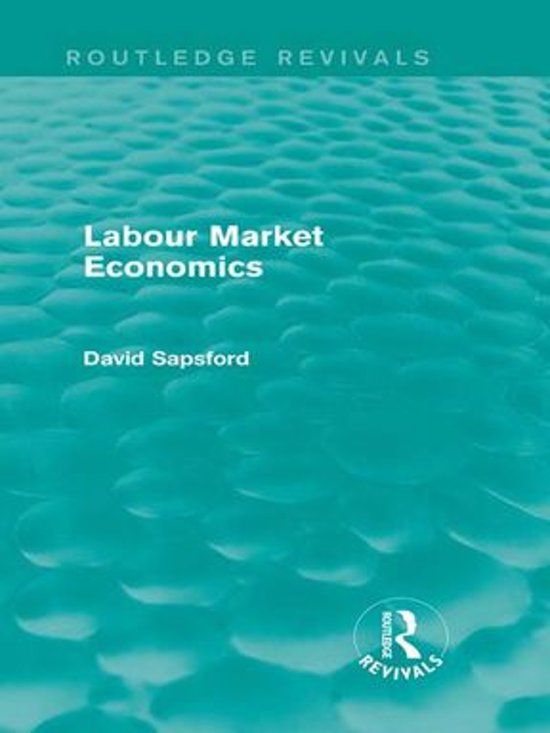 First published in 1981, Labour Market Economics develops the basic economic theory of introductory courses within the context of labour market analysis and applies it both to particular features and special problems of the subject. The author begins by outlining the nature of the area and the structure of the UK labour market at the time, and proceeds to explain and elaborate the tools of theoretical analysis. These are then applied in subsequent chapters to a variety of issues, including the economic analysis of trade unions, collective bargaining and the effects of unions, unemployment, wage inflation and the inequality of pay. Throughout the book, emphasis is placed on the economic theory of the labour market and the role of empirical work in testing its predictions, and wherever available, evidence from studies of the UK labour markets is cited.