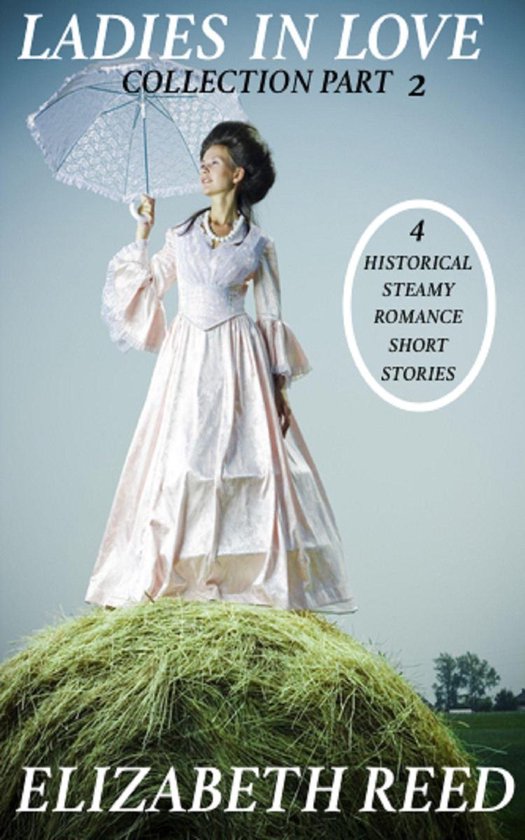 Please note that each of these short stories can all be bought as a standalone single story.

The Viscount's Test of Love
On the eve of his travels abroad Joseph makes it clear to Sophia that he is determined to have her, but he will wait patiently until she is ready to give into the strong attraction between them.
But Sophia refuses to submit to Joseph's demands she will not be taken by him just to satisfy his lust! Not to mention that she has no intention of betraying the trust of Joseph's father, the Viscount of Palmerton, who has taken her into his home and treated her as a daughter by starting an affair with Joseph.
But Sophia does not know that it is the Viscount who has sent Joseph away, to give both his son and herself space and time to understand what they really mean to each other. So that when Joseph finally returns, both he and Sophia will find out whether absence really does make the heart grow fonder and the desire for the other greater!

The Viscount and the Traveller
Jamie, the Viscount of Richmond, surprises himself when instead of seeing to it that Miranda is punished for trespassing on his land, promises to offer her all the help that she needs to look after her sick mother. Perhaps the answer to his strange behaviour can be found in a set of striking big brown eyes that appear older and wiser than Miranda's lovely youthful appearance, and which immediately bewitches him, to the point that he longs to take her in his arms.

Miranda has always viewed men like Jamie as far removed from her world. He is from a settled ruling class, and she, in comparison, is a wandering traveller with no fixed living location. But now she finds herself questioning all that she believes, as the Viscount becomes her protector and continues to treat her with a real kindness. And even more confusing for Miranda are the powerful emotions and feelings that Jamie is able to stir from within her, feelings that make her forget all but the desire that she holds for him!

Her Lady's Gamble
In her anger, Miss Alice Carter places a wager against the devastatingly attractive Mr Lucas Jones. If she wins their card game, she will take back her home and possessions that she believes Lucas to have cunningly and wickedly stolen away from her father.
But if she loses the wager, she must give Mr Jones what he has always desired and wanted.....she will have to give herself to him, forsaking all her virtue, but it is a price she is prepared to stake for a chance to wipe away the arrogant grin from Lucas's face.
Alice just hopes that luck will be on her side, as she takes a deep breath, turns her cards, and allows fate to decide what her future holds!

A Lady's Desire
Charlotte's one desire comes in the extremely attractive form of William the Marquess of Chester.
He has been the object of Charlotte's affection for so long to the point that she is now quite prepared to do everything in her power to secure his attention and attachment to her in turn.
Even if it means submitting to the Marquess's very demanding ways! For William wishes to possess Charlotte completely if they are to be bonded together for life, a price that Charlotte seems more than willing to pay!