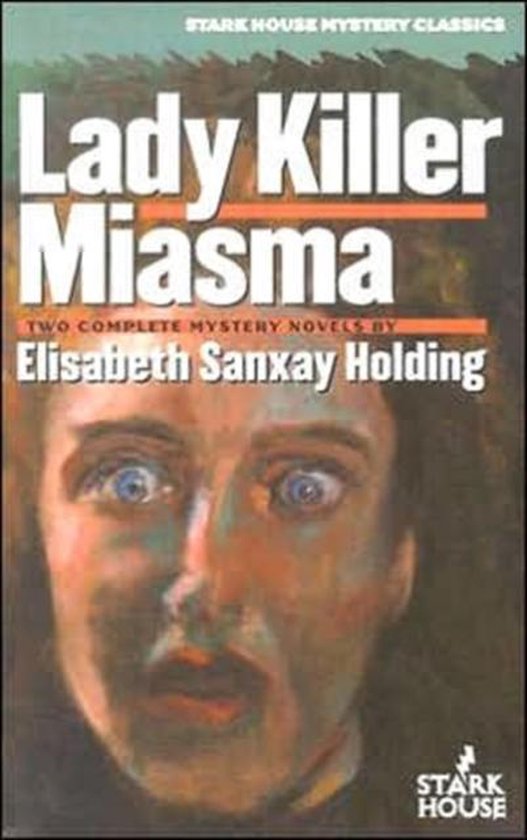 
LADY KILLER
Perhaps Honey hadn't married Weaver for love, but it wasn't entirely for money. When he had proposed to her he had been so attentive, the perfect gentleman. Now he quarrels with her all the time. And by the time they embark together on a cruise ship to the Caribbean, she begins to have serious doubts about their future together. So it really is quite a welcome distraction to find that the newly-wedded woman who shares the cabin next door with her handsome husband, Captain Lashelle, seems to be in need of her help. Poor Alma has victim written all over her. Soon Honey becomes convinced that Alma's husband is planning to murder his new bride So why wouldn't anyone listen to her? Why did Mr. Basingly seem so hostile to her suspicions? Why did Mr. Perez warn her to be quiet? And why is her own husband suddenly so afraid of her? Nothing doesn't make sense. But it all leads to murder.

MIASMA
Dr. Dennison is finding that a career in medicine is more challenging than he expected. After several months in business, he still doesn't have any patients. So when wealthy Dr. Leatherby offers him a position as his assistant and asks him to move into his fine house, Dennison is certain that his troubles are all behind him. But as soon as he arrives, he finds a mystery at every turn. Why does the pretty, young nurse, Hilda Napier, ask him to leave? Who is the mysterious patient that arrives one evening, only to die the next day of a sudden heart attack? Where has his predecessor, Mr. Folyet, disappeared to and why does everyone at the house seem to hate him? And what is the strange drug that Dr. Leatherby keeps in his safe for his special patients? A miasma of doubt and suspicion assails Dr. Dennison, and he will stop at nothing until he can discover its cause--even if it costs him his reputation, and perhaps even his life.
Toon meer Toon minder