Landscape In History And Other Essays 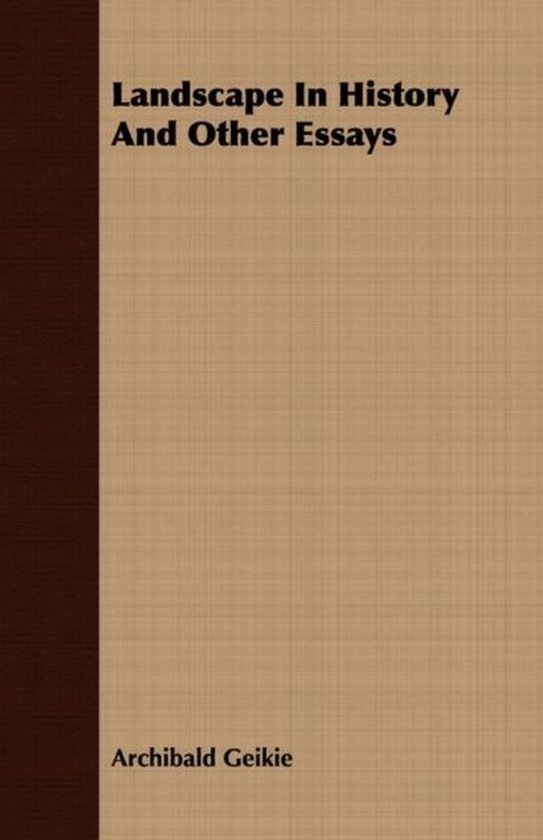 Landscape in History And other Essays - I905 - PREFACE THE present volume consists of a collection of Essays and Aiddresses which have appeared at intervals since the publication of my Geologicnl Essas at Home and, rlhl-ond. Half of them deal with Scenery in its geological relations and in its influence on human progress-a subject which for many years has en- grossed much of my thought. Others discuss the problem of the Age of the Earth, while two are biographical, and one deals with the place of Science in modern education. I have to thank the editors of the Formightl, Con- ternporil, and Inremirrionnl Llnrrerb Reviews for their courtesy in readily according me permission to reprint the essays which have appeared in these publications. I 5th Januay, I go CONTENTS I PAGE . . . Vlll CONTENTS v111 PAGE Landscape in History1 AMONG the obscure problems in the history of mankind a foremost place must be given to the question of the origin and distribution of the various races of men. Undoubtedly two main factors in the differentiation of these raks have been climate and geography. These same physical conditions still perpetuate, if they did not actually originate, the racial distinctions. Even where we may hesitate to adopt a theory as to the initial start of any one of the great branches of mankind, we can hardly fail to recognise that the several nations or tribes comprised within one of these branches are marked off from each other by more or less definite peculiarities, of which some at least may probably be referred to the influence of environment. The landscapes of a country, the form, height, and trend of its mountain-ranges, the position and extent of its plains and valleys, the sizeand direction of its rivers, the varying nature of its soils and climate, the presence or absence of useful minerals, l The substance of this Essay, formed an address to the Oxford University Scientific Club, in 1887. A nearness to or distance from the sea, the shape of the coast-line whether rocky or precipitous, or indented with creeks and harbours-all these and other aspects of the scenery of the land have contributed their share to the moulding of national history and char- acter. For illustrations of this external influence we need go no further than the British Isles, and contrast the aspect and history of central England with those of the Scottish High1ands.l Some of these dominant elements in our surroundings remain permanently with little or no appreciable change. The mountains and the plains are now essentially what they were in the infancy of man, though their mantle of vegetation may have been greatly altered. In other cases, geological processes are continually at work, effecting changes which, though individually of small account, become important in the course of centuries by constant repetition. Thus on some parts of our coast-line there has been a great destruction of land, in others the land has gained on the sea. But man himself has become a geological agent, and has in that capacity greatly modified the surface of many of the countries which he has inhabited. The progress of agriculture has led to the draining of mosses, the felling of forests and the transformation of heaths and wastes into arable land. The increase of sheep and cattle has been the means of clothing the hills with pasture, in place of their former rough herbage and copsewood. And man himself becomesinvolved in the consequences of the changes which he sets in motion. This subject This illustration of the subject is discussed in my Geological Essays dt Home and Abroad, p. 2 5 3.
Toon meer Toon minder