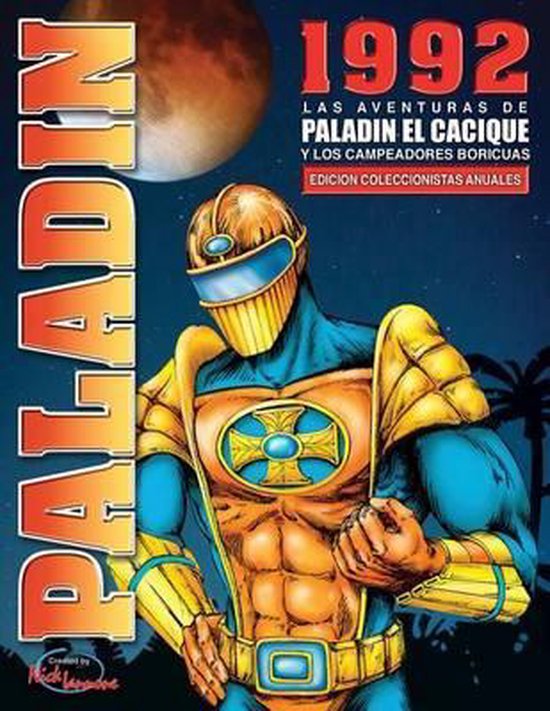 Heroes aren't born... they're made In 1992, on the island of Puerto Rico, an experiment took place to see if a "paper" superhero could make a real difference. For seven years every Sunday in the newspaper El Nuevo Dia, Paladin El Cacique y Los Campeadores Boricuas entertained readers of all ages while trying to take the pulse of how the island of enchantment dealt with the problems of progress during a particularly trying time. Paradise in Crisis At the time, Puerto Rico was going through a crisis. An article in the San Juan Star carried the headline, "Puerto Rico crime wave reaches tidal proportions." The article went on to state that "for 1991 the per capita homicide rate (if ranked among the 50 United States) was the highest in the nation" averaging 2.3 killings per day. This rate translated to 23.3 killings per 100,000 citizens. On an island with a 1990 population of 3,552,037, the murder rate exceeded that of England which with a population of 48,774,700 had a rate of 1.3 slayings per 100,000 people. Much of the violence was tied to the traffic of drugs. "Puntos'" were plentiful."
Toon meer Toon minder