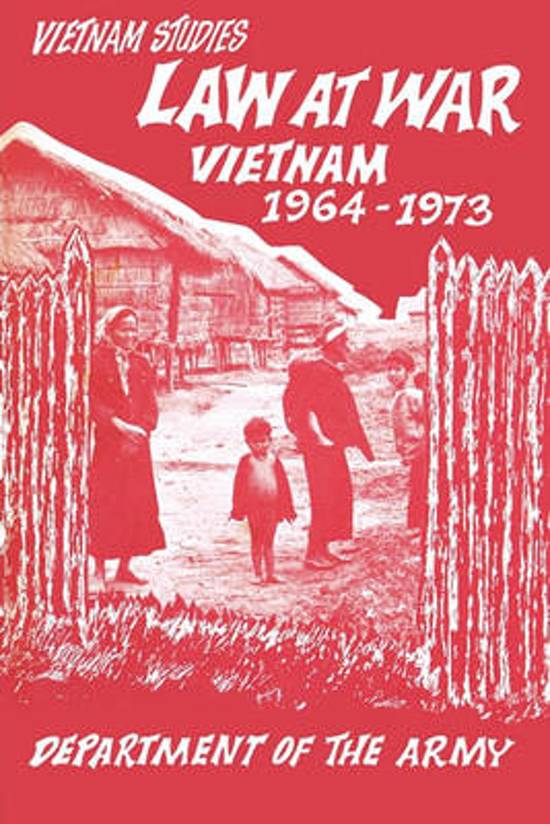 First published in 1975. From the preface: "The purpose of this monograph is to describe the presence of law at a particular time and in a particular American command in Vietnam. I have selected the U.S. Military Assistance Command, Vietnam, as the headquarters, and the crucial years of 1964 through 1966 as the primary but not exclusive period of time to study, partly because as the senior legal officer, the Staff Judge Advocate at Military Assistance Command, Vietnam, then, I was most familiar with events, but in the main because it was in that headquarters and at that time that basic policy positions were formed. It was early apparent that law could have a special role in Vietnam because of the unusual circumstances of the war, which was a combination of internal and external war, of insurgency and nation-building, and of development of indigenous legal institutions and rapid disintegration of the remnants of the colonial French legal establishment. Further, the Vietnamese people were eager for knowledge of American institutions, including law."
Toon meer Toon minder