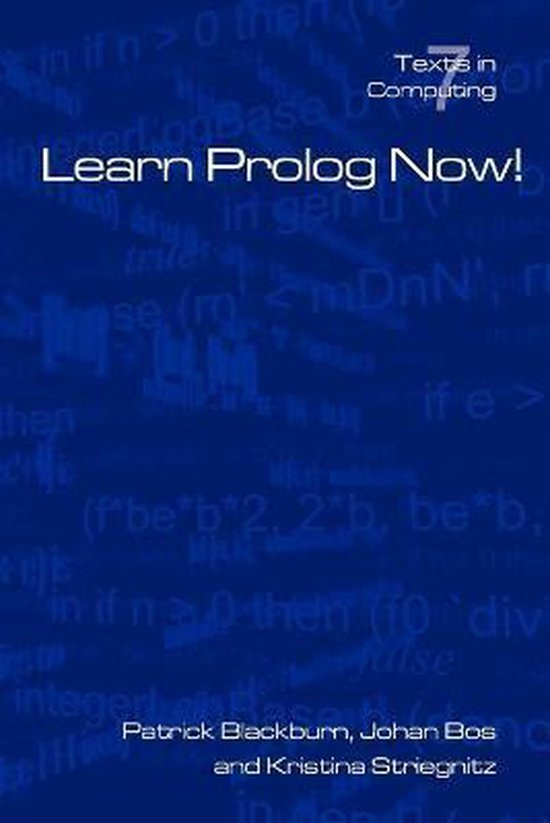 Prolog is a programming language, but a rather unusual one. ``Prolog'' is short for ``Programming with Logic'', and the link with logic gives Prolog its special character. At the heart of Prolog lies a surprising idea: don't tell the computer what to do. Instead, describe situations of interest, and compute by asking questions. Prolog will logically deduce new facts about the situations and give its deductions back to us as answers.

Why learn Prolog? For a start, its ``say what the problem is, rather than how to solve it'' stance, means that it is a very high level language, good for knowledge rich applications such as artificial intelligence, natural language processing, and the semantic web. So by studying Prolog, you gain insight into how sophisticated tasks can be handled computationally. Moreover, Prolog requires a different mindset. You have to learn to see problems from a new perspective, declaratively rather than procedurally.

Acquiring this mindset, and learning to appreciate the links between logic and programming, makes the study of Prolog both challenging and rewarding.

College publications is proud to present here the first hard-copy version of this online classic. Carefully revised in the light of reader's feedback, and now with answers to all the exercises, here you will find the essential material required to help you learn Prolog now.
Toon meer Toon minder