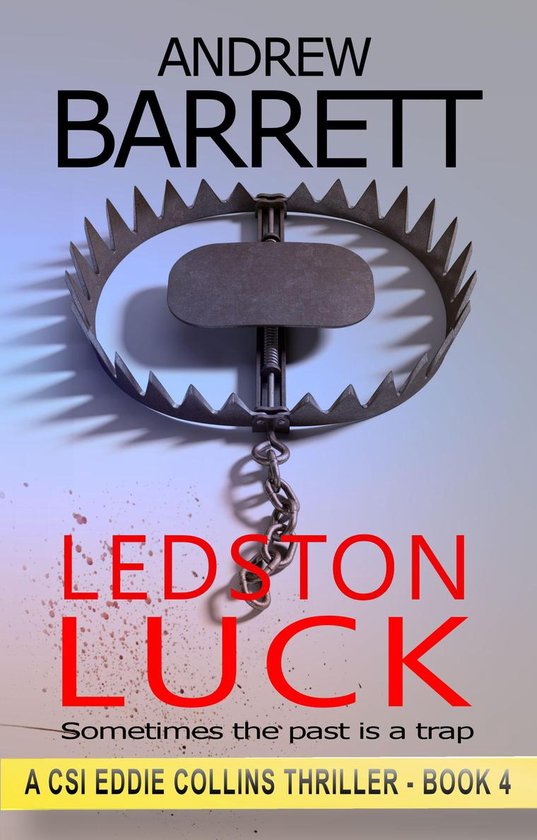 They say you can always trust a copper. They're lying.


They lied thirty years ago and they're still lying today.


When two teenagers go missing near an old mining village called Ledston Luck, an investigation uncovers more than a community crippled by injustice and secrets. It uncovers a dead body in a long-abandoned chapel.


Crime Scene Investigator, Eddie Collins, heads a scene examination that goes horribly wrong. The body is booby-trapped, and one of the team killed. Eddie is heartbroken and furious and is determined to find the truth Ledston Luck is hiding.


His determination brings him into violent conflict with the Professional Standards Department, and leaves him removed from duty, with public opinion and his boss against him.


Eddie goes it alone and discovers there are more killings to come, payback for horrific crimes that are decades old, but still raw. But before he can warn the victims, he discovers something else – he's in the killer's trap with a shotgun at his head.


If you like highly charged crime thrillers with a forensic slant, and characters that stay with you long after you close the book, you'll love Andrew Barrett's Eddie Collins series. It will appeal to fans of Kathy Reichs, Robert Bryndza and Angela Marsons.


What people say about Ledston Luck:


~This book's packed with action but there's room for thoughtful contemplation, too


~Eddie is such a well-drawn character that it is easy to feel all the emotions he's going through. At times I was in tears


~Totally engrossed in from page 1


~So much tension and edge-of-the-seat moments to keep your attention, this is a real sleep stealer of a book that I read in a day it was that gripping


~The main character, Eddie Collins who works in CSI, is a character that I fell in love with.


~Attention to detail is excellent, as well as procedure.


~Another brilliant book from one of my favourite authors


This Side of Death – CSI Eddie Collins 6


The Note - An Eddie Collins Novella


The Lock - An Eddie Collins Novella


The Crew – An Eddie Collins Novella


The End of Lies – a psychological thriller with teeth