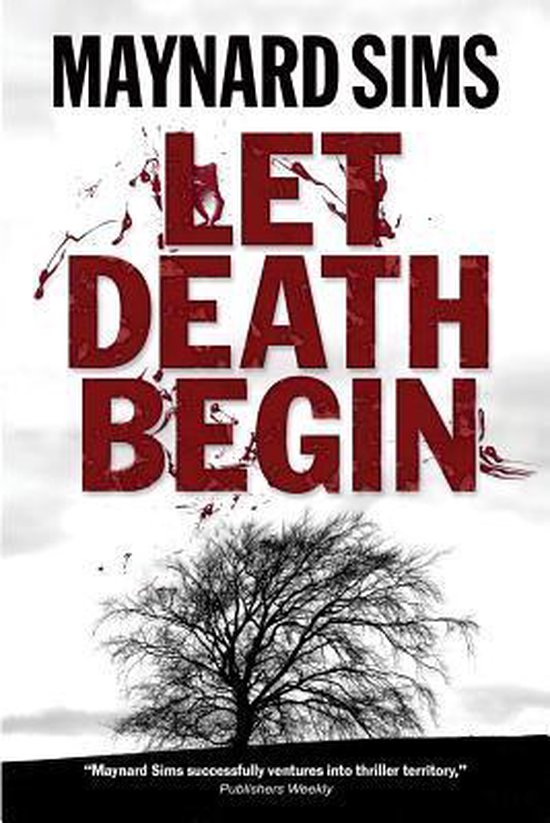 A mystery thriller of pace, suspense and fast moving action. James is shot by a clown. Sara's house is broken into. Mason is killed for what was stolen. What is so important about a few letters? Why is Sara's brother behaving so secretly? When James becomes embroiled in the police murder investigation it is time for him to step away from his ordinary life and act in extraordinary ways. Only by beating the criminals at their own game, and by staying one step ahead of the police, can James hope to get to the bottom of the mystery - and to stay alive. Let Death Begin is another thriller from the established author team of Maynard Sims - www.maynard-sims.com Publishers Weekly said "successfully ventures into thriller territory." Maynard Sims have an Author Page on Amazon. Let Death Begin is a terrific fast paced action packed story of mystery, romance and intrigue. The characters draw you in and the plot twists and turns so the reader never knows what is going to happen next. Maynard Sims have been writing together for forty years yet their stories - like fine wine - improve with each new book. This thriller does just that - it thrills. Death, love, murder, torture, betrayal and a sense of past lives creeping up and intruding into the present day with devastaing effects. Watch the YouTube trailer - Let Death Begin under Maynard Sims. Two criminal kings who rule the London underworld have always been rivals. Now one of them is dead the aftermath is even more bloody and deadly than when he was alive. The fallout from the decades long rivalry has many victims. To be lord of the manor is never enough - they both want it all, but only one can survive. James is caught in the middle of a revenge so coldly planned that the fulfilment of it will be far worse than the brutality of the gangs the men controlled. Hard men die but they leave a legacy that those left living have to cope with. Family may stand by their man when they are provided for, even from the spoils of crime, but when the provider is dead and others are raking at the corpse, the time for loyalty may be over. EXCERPT Stone and I stood against the wall of the lift, with the Uzi covering both of us. Stone dabbed at his mouth with a blood-soaked handkerchief, mumbling something under his breath. Susan Anderton watched him, excitement glittering in her eyes. Finally the lift stopped, and the doors opened with a sigh. We stepped out into a room about twenty feet square. Three of the walls were lined with white acoustic tiles, the fourth wall, the one facing us, was dark brown, and looked to be sheathed in cork or some other fibrous material. The ceiling was covered by the same acoustic tiles that lined the walls, its smooth plane interrupted by two eight-foot fluorescent strips. These gave off a harsh light, which reflected from the white ceramic tiles that covered the floor. At Jenkins’ urging I started to walk towards the dark wall, and I noticed the floor had a slight slope to it. In the centre of the floor was a round grille about two feet across, and I suddenly realised that the floor was in fact dished, the grille being the lowest point. And it was the sight of the grille that sent fingers of ice crawling up my spine. As I passed it I glanced down through the lattice of steel, and saw the reflection of the strip lights bouncing back at me. Below us was water. Perhaps a natural well or an underground stream. The grille in the floor was a drain. ‘Against the wall, Price,’ Susan Anderton said. ‘You too, Stone.’ ‘Interesting place,’ I said to her. ‘Harry Moss’s design, or yours?’ ‘Neither,’ she said. ‘The design is South American. Chilean, I believe. You’re familiar with the concept?’ I nodded. ‘It’s a killing room,’ I said.
Toon meer Toon minder