Letters from Uncle Stan The Correspondence of a Misanthrope in Spain: 2009 - 2010 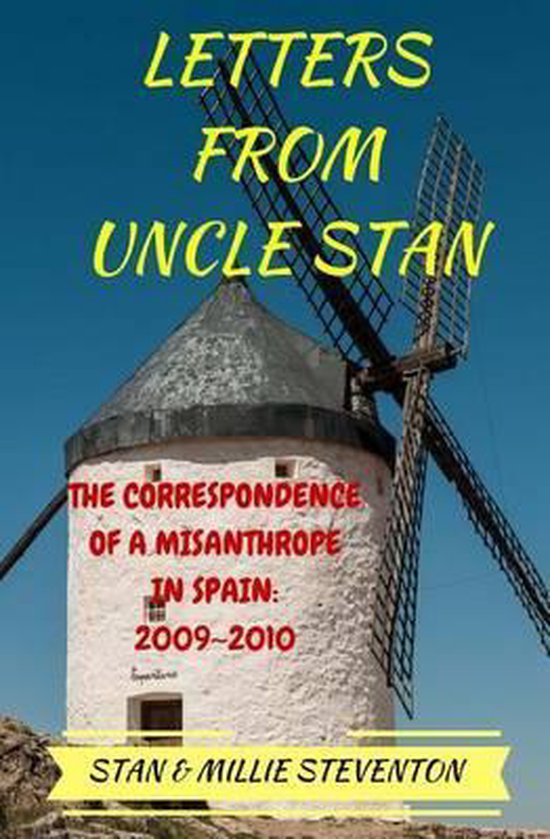 FROM THE FOREWORD BY MILLIE STEVENTON My Uncle Stan was a grumpy man when he began to write to me from Spain back in the year 2009 and he can’t be said to have mellowed much with age. This book contains only his letters to me, as his old-school habit of always referring to my missives removes the need to include my supportive, and sometimes censorious, replies which possess little of the descriptive power and mostly unintentional humour of his own copious correspondence. In a way I suppose that in the last few years I have been his only constant and empathic contact with the rest of humanity and this first volume is a testament to his fierce and unremitting determination to stay afloat in a world that has done its utmost to thwart his every desire. Uncle Stan is a little older and wiser now and, much to my surprise, was happy for me to edit and publish his unwitting literary achievement. Without further ado, I leave you with the complete, unabridged letters of Mr. Stanley Steventon, May 2009 – May 2010.
Toon meer Toon minder

Extra groot lettertype
Nee
Subtitel
The Correspondence of a Misanthrope in Spain: 2009 - 2010