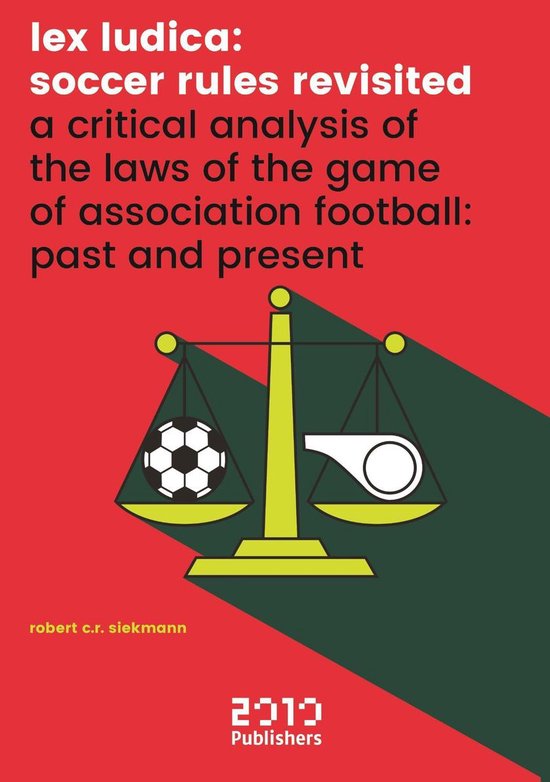 Lex ludica (game rules) is a branch of sports law that has never been studied in the academic community nor beyond. There are no learned writings on the subject and consequently, there is a considerable gap in science. Several years ago, Dr. Robert Siekmann decided to undertake a pilot study into the Laws of the Game of association football, which is World Sport No. 1. This eventually led to the present publication. Lex Ludica: Soccer Rules Revisited describes the development of the Laws of the Game from ancient times to the present day. A large part of the book focuses on the current text of the Laws. In May 2016, the International Football Association Board (IFAB), the gameís law-making body, published a new text of the Laws of the Game. This new version is presented as a comprehensive revision of the Laws of the Game and was adopted in order ëto increase the universality of the Laws by making them easily understood so football throughout the world benefits from consistent interpretation and application.í In Lex Ludica the new Laws are critically analysed and commented on, and proposals are made for their improvement. Other aspects that are dealt with in detail are: the history, composition and competences of IFAB, the ëspirit of the gameí, and its legal relevance. This book is essential reading for sports lawyers, academics and researchers, and in general for all those with an interest in sport and the continually evolving interface and interaction that exists between sport and the law, as well as the different ways in which they influence one another. Dr. Robert C.R. Siekmann was the founder and first Director of the ASSER International Sports Law Centre in The Hague (The Netherlands), and is former Professor of International and European Sports Law at Erasmus University Rotterdam, The Netherlands.

NUR code
480
Subtitel
a critical analysis of the laws of the game of association football: past and present