Life and Death in the Andes On the Trail of Bandits, Heroes, and Revolutionaries 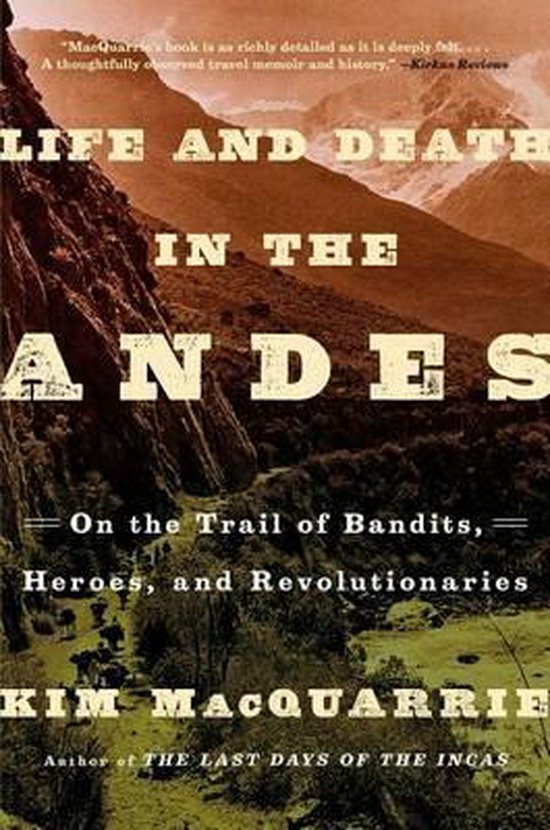 Unique portraits of legendary characters along South America&;s mountain spine, from Charles Darwin to the present day, told by a master traveler and observer.

The Andes Mountains are the world&;s longest mountain chain, linking most of the countries in South America. Emmy Award&;winning filmmaker and author Kim MacQuarrie takes us on a historical journey through this unique region, bringing fresh insight and contemporary connections to such fabled characters as Charles Darwin, Pablo Escobar, Che Guevara, and many others. He describes the floating islands of Lake Titicaca, where people&;s lives depend entirely on a reed that grows there. He introduces us to a Patagonian woman who is the last living speaker of her language, as he explores the disappearance and sometimes surprising resiliency of indigenous cultures throughout the Andes. He meets a man whose grandfather witnessed Butch Cassidy&;s last days in Bolivia,tracks down the ballet dancer who once hid the leader of the brutal Shining Path in her home, and hears a harrowing story from the school teacher who gave Che Guevara his final meal.

Through the stories he shares, MacQuarrie raises such questions as, where did the people of South America come from? Did they create or import their cultures? What makes South America different from other continents&;and what makes the cultures of the Andes different from other cultures in South America? Why did Peru&;s Shining Path leader Guzmán nearly succeed in his revolutionary quest while Che Guevara in Bolivia so quickly failed? And what so astounded Charles Darwin in South America that led him to conceive the theory of evolution? Deeply observed and beautifully written, Life and Death in the Andes shows us this land as no one has before.
Toon meer Toon minder