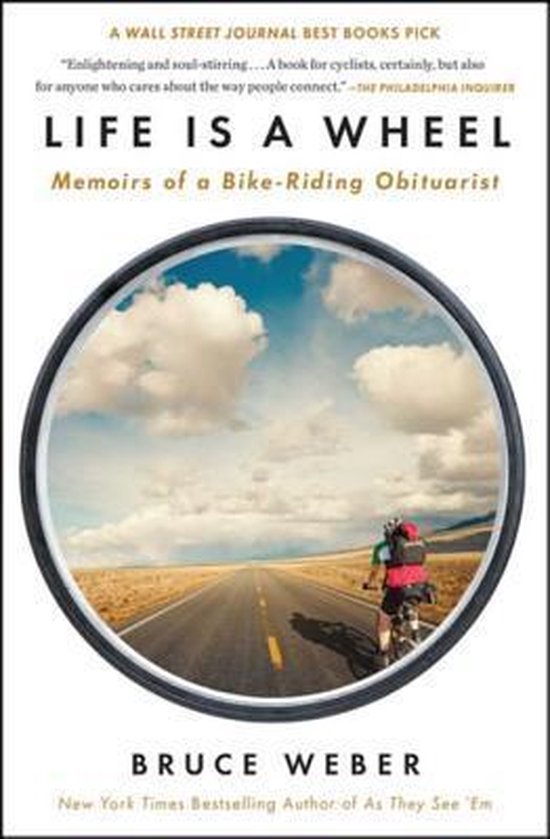 Based on his popular series in the New York Times chronicling his cross-country bicycle trip, bestselling author Bruce Weber shares his adventures from his solo ride across the USA.

Based on his popular New York Times series, bestselling author Bruce Weber shares the adventures of his solo bicycle ride from coast to coast.

Riding a bicycle across the United States is one of those bucket-list goals that many dream about but few fulfill. During the summer and fall of 2011, at the age of fifty-seven, Bruce Weber, an obituary writer for The New York Times, made the trip, alone, and wrote about it as it unfolded mile by mile, a vivid and immediate report of the self-powered life on the road.

Now, expanding upon the articles and blog posts that quickly became a must-read adventure story, Weber gives us Life Is a Wheel, a witty, inspiring, and reflective diary of his journey, in which the challenges and rewards of self-reliance and strenuous physical effort yield wry and incisive observations about cycling and America, not to mention the pleasures of a three-thousand-calorie breakfast.

The story begins on the Oregon coast, with Weber wondering what he's gotten himself into, and ends in triumph on New York City's George Washington Bridge. From Going-to-the-Sun Road in the northern Rockies to the headwaters of the Mississippi and through the cityscapes of Chicago and Pittsburgh, his encounters with people and places provide us with an intimate, two-wheeled perspective of America. And with thousands of miles to travel, Weber considers— when he's not dealing with tractor-trailers, lightning storms, dehydration, headwinds, and loneliness—his past, his family, and the echo that a well-lived life leaves behind.

Part travelogue, part memoir, part romance, part paean to the bicycle as a simple mode of both mobility and self-expression—and part bemused and panicky account of a middle-aged man's attempt to stave off, well, you know—Life Is a Wheel is an elegant and beguiling escape for biking enthusiasts, armchair travelers, and any readers who are older than they were yesterday.