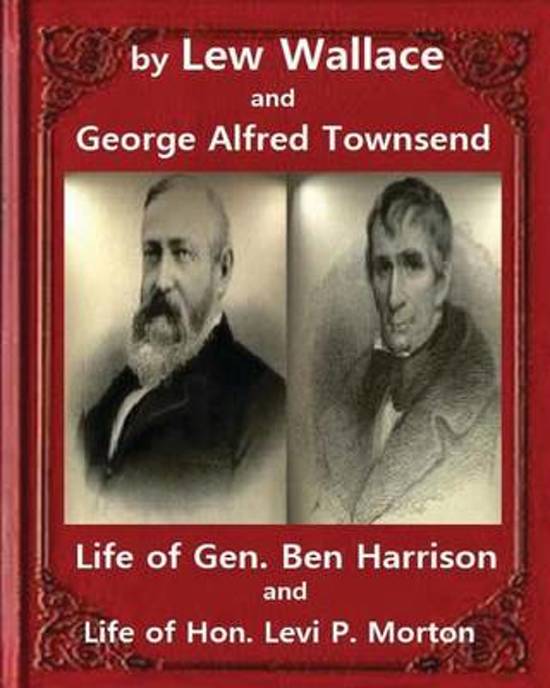 Levi Parsons Morton (May 16, 1824 – May 16, 1920) was a Representative from New York and the 22nd Vice President of the United States (1889–93). He later served as the 31st Governor of New York.Morton was born in Shoreham, Addison County, Vermont. His parents were the Reverend Daniel Oliver Morton (1788–1852), a Congregationalist minister of old New England stock, and Lucretia Parsons (1789–1862). His older brother, David Oliver Morton (1815–59), was Mayor of Toledo, Ohio, from 1849 to 1850.He left school early and worked as a clerk in a general store in Enfield, Massachusetts, taught school in Boscawen, New Hampshire, engaged in mercantile pursuits in Hanover, New Hampshire, moved to Boston, entered the dry-goods business in New York City, and engaged in banking there. He was an unsuccessful candidate for election in 1876 to the 45th Congress, but he was appointed by President Rutherford B. Hayes to be an honorary commissioner to the Paris Exhibition of 1878.Benjamin Harrison (August 20, 1833 – March 13, 1901) was the 23rd President of the United States (1889–93); he was the grandson of the ninth President, William Henry Harrison. Before ascending to the presidency, Harrison established himself as a prominent local attorney, Presbyterian church leader and politician in Indianapolis, Indiana. During the American Civil War, he served the Union as a colonel and on February 14, 1865 was confirmed by the U.S. Senate as a brevet brigadier general of volunteers to rank from January 23, 1865. After the war, he unsuccessfully ran for the governorship of Indiana. He was later elected to the U.S. Senate by the Indiana legislature.A Republican, Harrison was elected to the presidency in 1888, defeating the Democratic incumbent Grover Cleveland. Hallmarks of his administration included unprecedented economic legislation, including the McKinley Tariff, which imposed historic protective trade rates, and the Sherman Antitrust Act; Harrison facilitated the creation of the National Forests through an amendment to the Land Revision Act of 1891. He also substantially strengthened and modernized the Navy, and conducted an active foreign policy. He proposed, in vain, federal education funding as well as voting rights enforcement for African Americans during his administration.Due in large part to surplus revenues from the tariffs, federal spending reached one billion dollars for the first time during his term. The spending issue in part led to the defeat of the Republicans in the 1890 mid-term elections. Harrison was defeated by Cleveland in his bid for re-election in 1892, due to the growing unpopularity of the high tariff and high federal spending. He then returned to private life in Indianapolis but later represented the Republic of Venezuela in an international case against the United Kingdom. In 1900, he traveled to Europe as part of the case and, after a brief stay, returned to Indianapolis. He died the following year of complications from influenza. Although many have praised Harrison's commitment to African Americans' voting rights, scholars and historians generally regard his administration as below-average, and rank him in the bottom half among U.S. presidents.George Alfred Townsend (January 30, 1841 – April 15, 1914), was a noted war correspondent during the American Civil War, and a later novelist. Townsend wrote under the pen name "Gath", which was derived by adding an "H" to his initials, and inspired by the biblical passage II Samuel 1:20, "Tell it not in Gath, publish it not in the streets of Askalon."Lewis "Lew" Wallace (April 10, 1827 – February 15, 1905) was an American lawyer, Union general in the American Civil War, governor of the New Mexico Territory,
Toon meer Toon minder