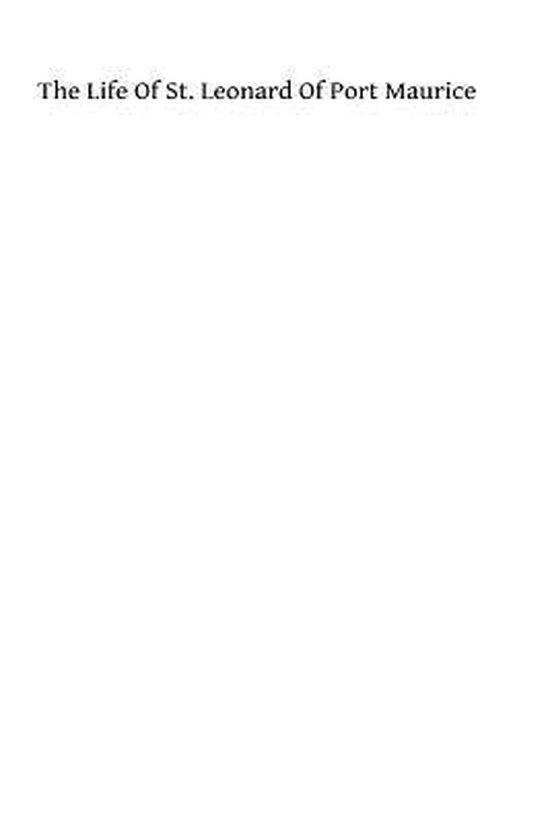 “The erection of the Stations of the Cross in the Coliseum in December, 1750, was really Leonard's last great work at Rome. In April, 175 I, he prepared to go north to give a mission at Lucca. On the 14th of the month, the day before he was to leave, he went to see the Pope, to say good-bye and get his blessing. Benedict XIV, who, as we have said, thought a great deal of Leonard and valued highly his work, ordered him to travel in future in a carriage and no more on foot, and told him, moreover, that he would look for his return to Rome in November.” Speaking of the Coliseum in Rome in a sermon delivered there, Saint Leonard of Port Maurice said: “Nay, more, I hope that, thanks to the interest of Our Holy Father the Pope, who, in his great piety, has himself had these Stations set up, we shall see this amphitheatre, of old one of the wonders of the world, becoming in our own day one of Rome's greatest sanctuaries.” His whole sermon is reproduced as an appendix to this biography. “Till he was thirteen years old Paul Jerome Casanova remained at Port-Maurice. He was of the number of those who, like St. Bernard, seem from their earliest childhood to have been gifted with an extraordinary appreciation of divine things. The house of God was where he felt most at home; a pilgrimage to some outlying church of Our Lady was for him a relaxation and recreation more appreciated than games.” Of his sermons we read: “Whilst at Civita-Vecchia, Leonard wrote thus to Brother Stephen at Rome: Yesterday I preached in the jail: not many there, but the first sermon seems to have touched them, and all went to confession. ... We went afterwards to visit an English captain, who wanted to see me, on his vessel. We found three or four of them who had assisted at the sermons and seemed disposed to abandon their heresy. Poor fellows, they had been more moved by what they had seen than w hat they had heard, for they hardly understand the language at all, which only shows that grace is the prime mover in stirring the heart. . .. On the whole the harvest promises well. To-morrow we begin the course for the galley-slaves.” Indeed it is often the conformity to God's will more than the words of the preacher that move people to repentance. Saint Leonard comments on his observance of the Franciscan vow of poverty: “I shall have nothing for my own particular use (he writes), except the crucifix I wear on my breast, my little hand-bag, the case with my sermons in, my writings, my Breviary, my Rule, my hair-shirt, my little cross with sharp points, my spectacles, my rosary, the two disciplines, the one I use at the community exercise and the one I use at my secret penances at night, a little holy picture of the Immaculate Conception, the framed picture of St. Vincent Ferrer, with which I bless the sick: this is all I shall keep for my own particular use.”Saint Leonard is known for his book on the Mass, The Hidden Treasure, as well as for a sermon preached on the fewness of the elect. Let us read about the rule of solitude he lived for a time: “The purpose of the Solitude being tofacilitate contemplation and the life of union with Almighty God, nine hours of the day were allotted to spiritual exercises, including mental prayer and the Divine Office. Such is the general rule, but so great is the fervour of the solitaries that whatever time remains free is consecrated to God. Some prolong their meditation or devote themselves to spiritual reading; others withdraw to secluded parts of the garden, the more freely to give expression before God to the fervent aspirations of their hearts; so that for all, this sanctuary is as a paradise upon earth. Their food consists of salads, vegetables, and fruit. Meat, fish, eggs, and milk in any form are. forbidden them, except on the feasts of Christmas, Easter, Pentecost, and St. Francis, when eggs and milk are allowed. ...”
Toon meer Toon minder