Life of the Good Thief 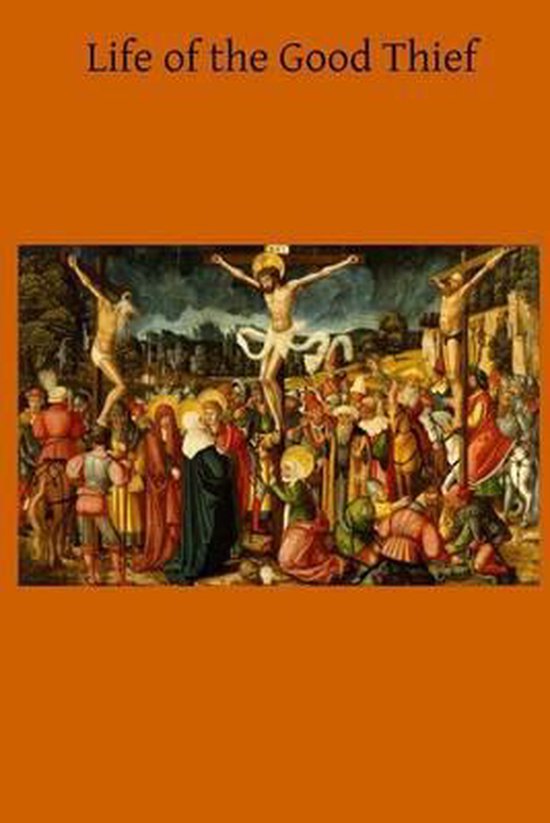 AMONG all the nations of antiquity highway robbery, we find, was reckoned as a capital offence. [n the penal code of the Romans its punishment was crucifixion, at once the cruelest and the most shameful of deaths: ''the reason of which,'' according to St. Gregory of Nyssa, was this - ''that the robbers thus banded together did not shrink from murder as a means to their end. They even held themselves in readiness to do it (as was proved) by their choice of arms, supplies, and places of resort. Hence it was that they were subjected to the penalty thereof.'' The banditti of those times behaved pretty much in the same way as do their modem successors in such countries as are unhappily still infested by this scourge of society. They lived chiefly among the mountains, dwelling in caves, prowling about armed to the teeth, or lying in ambush near the highways, attacking the passers-by, robbing and stripping and wounding them, and often leaving them half dead. Well, indeed, for them if they were not killed outright. For proof of this deplorable state of things having existed in Judea at the time of our Lord, we have only to open the Gospel. We find it there in the parable of the man who went down from Jerusalem to Jericho. Nor is this the only place where robbers are spoken of in the sacred text. In the history of the Passion we find mention of Barabbas, a robber and a murderer. And again we read that two robbers suffered death together with the Son of God.Some may wonder that the Gospel, usually so sparing of details, should make such frequent allusion to this class of evil-doers. It may appear surprising that our Lord should take, as the subject of one of his most beautiful parables, the incident of a man falling into their hands. But if we look into history, whether sacred or profane, the reason of this is quickly to be found. In Josephus and others we read that at this time, and until after the destruction of Jerusalem, the Holy Land was completely overrun with brigands. If, on the other hand, we consult the Holy Gospels, we see that our blessed Lord and Teacher was in the habit of adapting His lessons to the capacity of His hearers, and exemplifying His doctrines by reference to those things with which they were most familiar. Hence it was natural, if we may so speak, that, in a country infested by robbers, He should make use of such a parable as that of the Good Samaritan.It may be interesting to note the causes of this so general lawlessness. They would appear to have been twofold. In the first place, the Jews, knowing themselves to be the chosen people of God, were ever impatient of all foreign yoke, and continually strove by all means in their power to throw it off. And in the next place, their alien rulers were at no pains to conciliate, but, on the contrary, cruelly oppressed them. The tyranny of the Syrian kings had been past bearing. The Roman rule was far milder, but still very galling to a free-minded people. A deep-seated feeling of hatred was continually fermenting in the hearts of the nation, and not infrequently broke out into street riots, and even open revolt. Quelled and dispersed by the soldiery, the rebels were still unsubdued. Driven out of the towns, they fled up into the mountains, and there, turning robbers, still continued to set the usurping authorities at defiance.Herod lowed his reputation, and later on his throne, to his successful raids against these very brigands. Let us listen to the account of the struggle handed down to us by Josephus: ''When Herod was still quite young, his father, Antipater, confided to him the government of Galilee, albeit he was only fifteen. But his youth was more than made up by his energy and courage.and at that time governor of Syria.
Toon meer Toon minder