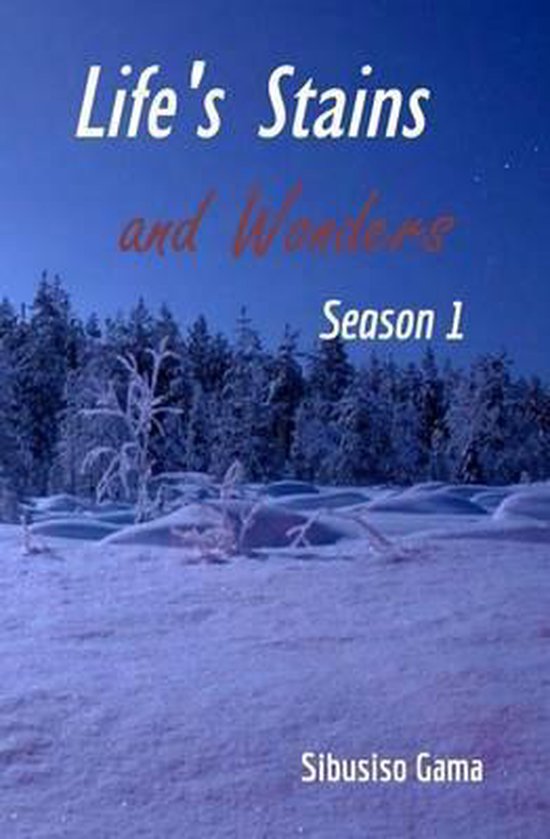 Life's stains and wonders is altogether an intriguing anecdotal and poetic book series. The story unfolds intuitively with a family moving from a rural area to an urban area always alluded to as "the neighbourhood" in the book. Sooner or later in the hood the narrator turned into a companion and a babysitter to an adolescent kid named Victor whose father was a priest known as father Johnson who was accepted to perform miracles with his prayers to God. The kid's mother was Anna, an exceptionally exquisite, influential and a discriminating mastermind of a woman whose life was loaded with good and bad times significantly after she got married to Johnson simply a short while after they initially met. The storyteller's family tree comprised of flimsy extensions, there was his mother who quickly settled a working association with the rebels and wound up meandersing to where ever the rebel's wind was blowing, to a degree where she even went against her family. Every time a discussion addressing the lesson of the agitators was raised she would chide the whole house hold letting them know how savage they were. She adored the rebels. A sensible part of the family was his grandmother who was much of a visionary, adherent and hearted the rain. Her spirit, considerations and discourse were as rural as the muds inside a cattle's kraal. She could be considered the stem of the tree. In conclusion was his sister Nomalungelo who adored singing, yet singing didn't feel the same about her, she generally brought on devastation inside the house and everyone got irritated to hell fire when she sings. Adjacent to their home was a warm inviting neighbour who was also anxious about the rebels. More often than not the storyteller's mother would stand alongside the fence and converse with Mbali's mother who live next door to their house, guaranteeing each other that life will mellow up one day. Before long, since their landing the storyteller acknowledges how undesirable and neglected they were in the neibourhood, his family was constrained by a gathering of men, Trevor, Max and two companions working with the government and an exceptionally defiant educator know as Mrs McGee. Trevor was an extremely fierce, jogged toward himself and unreliable man who couldn't control his anger; Max was the person who dealt with Trevor's outrage despite the fact that he was as terrified of him as the most people were. The two different companions did all that which Trevor directed them to do. All these individuals are alluded to as the "rebels" in the story. The storyteller noted the circumstances deteriorating every day of their presence there. The rebel's air souls were expanded greater and angrier every day, his family was in threat, their breath got to be denser and denser, their jaws developed elusive. The narrator existed in dread of the rebels and in dimness of not knowing his father and had as of late lost his granddad. He used his days on the run like a motor, since the boulevards were not a play zone for him. The streets were too civilised for a rural person like him, his educator Mrs McGee verified and he comprehended.Days passed by, his soul was soaking in and he discovered solace just at the vicinity of Victor. One day on a Monday morning he recognized a storm raging on, the streets were swept clean and his grandma was extremely happy at the anticipated occasion and this is the day realizing the whole dramatization, blood began to paint the streets, secretes were discovered and death resulted. Life was stained and the world was left to ponder.
Toon meer Toon minder