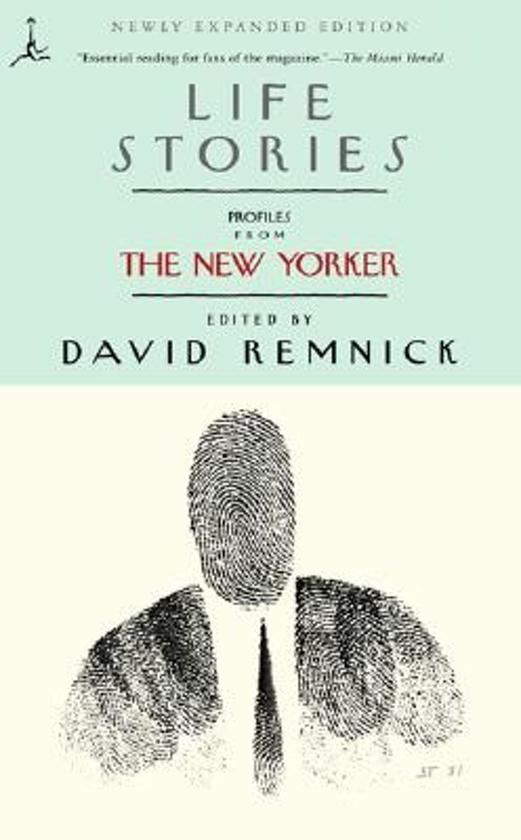 "David Remnick (born October 29, 1958) is an American journalist, writer, and magazine editor. He won a Pulitzer Prize in 1994 for his book Lenin's Tomb: The Last Days of the Soviet Empire. Remnick has been editor of The New Yorker magazine since 1998. He was named Editor of the Year by Advertising Age in 2000. Before joining The New Yorker, Remnick was a reporter and the Moscow correspondent for The Washington Post. He also has served on the New York Public Library board of trustees. In 2010 he published his sixth book, The Bridge: The Life and Rise of Barack Obama.

An updated anthology of biographical profiles from The New Yorker covers some of the most influencial and infamous people of the century, from Ernest Hemingway and Legs Diamond to Adolf HItler and Edith Wharton, and has been expanded to include new profiles of country singer Lucinda Williams and venture-capitalist-turned designer Ed Weinberger. Reprint. 25,000 first printing.