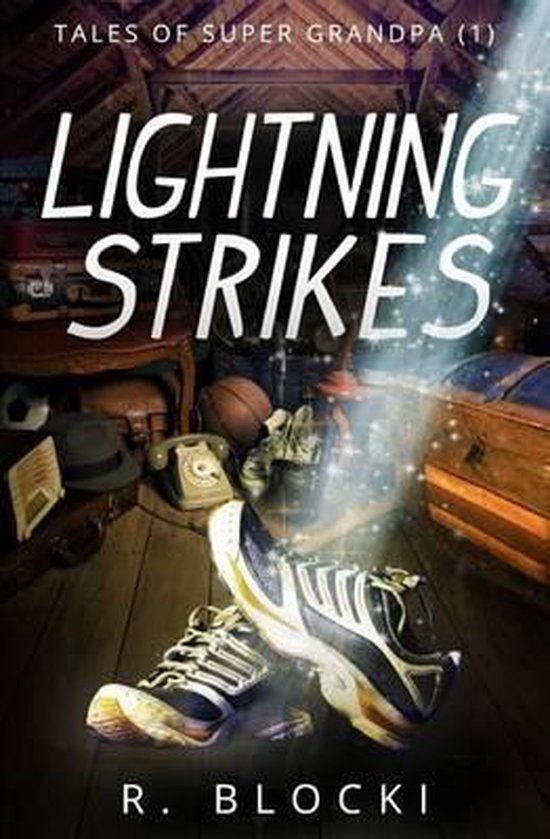 Lightning Strikes And A Grandpa's Life is Changed Forever

Ben turned the knob to the 3rd-floor attic door after the thunderous storm slammed into his home. He saw a magnificent ray of light streaking through a small hole in the roof and onto his old gym shoes sitting on the crate. He looked up at the hole in the roof and saw the stream of light coming beyond the roof, far up into the dark sky.

He picked up the pair of shoes to inspect the bottom, and then it happened. Everything changed. Suddenly, the 72-year old grandpa felt a surge of strength and vitality. He stood more erect, shoulders back, chest out. The pain in his back and hips completely disappeared. He felt amazingly strong, young, like he was 20 years old. The sound of rain pounding the house grew louder, much clearer. He could read items across the attic as if he were wearing binoculars.

Within days, Ben discovered his superhuman powers could be used for good. He found himself answering calls of people in distress, making heroic rescues, facing greater danger, and always keeping his identity a secret. Reports of a mystery hero flooded the town. Rumors swirled.

Ben was deeply troubled. He feared revealing his identity and the power of the shoes alerting crooks and mischief-makers to use the shoes for evil deeds.

Can Ben keep his identity a secret and continue making heroic rescues, or should he give up and return the shoes to the attic?
Toon meer Toon minder