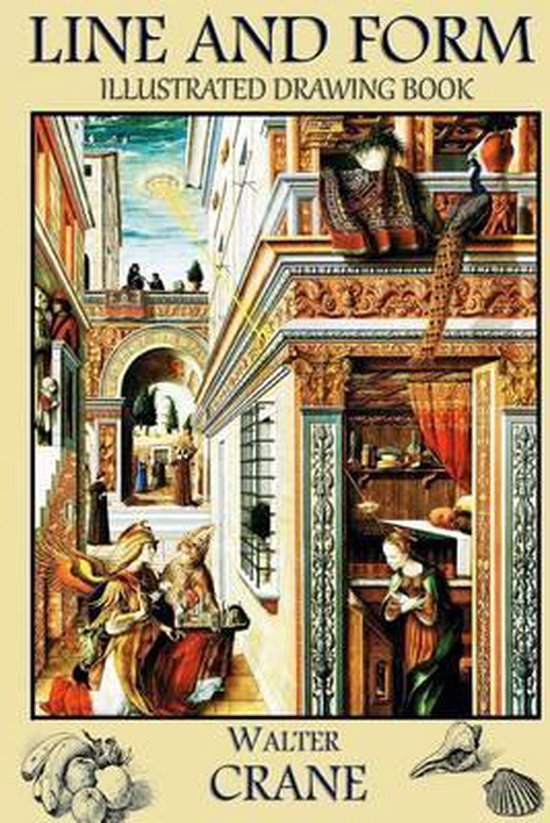 As in the case of "The Bases of Design," to which this is intended to form a companion volume, the substance of the following chapters on Line and Form originally formed a series of lectures delivered to the students of the Manchester Municipal School of Art. There is no pretension to an exhaustive treatment of a subject it would be difficult enough to exhaust, and it is dealt with in a way intended to bear rather upon the practical work of an art school, and to be suggestive and helpful to those face to face with the current problems of drawing and design. These have been approached from a personal point of view, as the results of conclusions arrived at in the course of a busy working life which has left but few intervals for the elaboration of theories apart from practice, and such as they are, these papers are now offered to the wider circle of students and workers in the arts of design as from one of themselves. They were illustrated largely by means of rough sketching in line before my student audience, as well as by photographs and drawings. The rough diagrams have been re-drawn, and the other illustrations reproduced, so that both line and tone blocks are used, uniformity being sacrificed to fidelity.WALTER CRANE. Outline, one might say, is the Alpha and Omega of Art. It is the earliest mode of expression among primitive peoples, as it is with the individual child, and it has been cultivated for its power of characterization and expression, and as an ultimate test of draughtsmanship, by the most accomplished artists of all time. The old fanciful story of its origin in the work of a lover who traced in charcoal the boundary of the shadow of the head of his sweetheart as cast upon the wall by the sun, and thus obtained the first profile portrait, is probably more true in substance than in fact, but it certainly illustrates the function of outline as the definition of the boundaries of form.Silhouette As children we probably perceive forms in nature defined as flat shapes of colour relieved upon other colours, or flat fields of light on dark, as a white horse is defined upon the green grass of a field, or a black figure upon a background of snow.Definition of BoundariesTo define the boundaries of such forms becomes the main object in early attempts at artistic expression. The attention is caught by the edges—the shape of the silhouette which remains the paramount means of distinction of form when details and secondary characteristics are lost; as the outlines of mountains remain, or are even more clearly seen, when distance subdues the details of their structure, and evening mists throw them into flat planes one behind the other, and leave nothing but the delicate lines of their edges to tell their character. We feel the beauty and simplicity of such effects in nature. We feel that the mind, through the eye resting upon these quiet planes and delicate lines, receives a sense of repose and poetic suggestion which is lost in the bright noontide, with all its wealth of glittering detail, sharp cut in light and shade. There is no doubt that this typical power of outline and the value of simplicity of mass were perceived by the ancients, notably the Ancient Egyptians and the Greeks, who both, in their own ways, in their art show a wonderful power of characterization by means of line and mass, and a delicate sense of the ornamental value and quality of line.Formation of LettersRegarding line—the use of outline from the point of view of its value as a means of definition of form and fact—its power is really only limited by the power of draughtsmanship at the command of the artist. From the archaic potters' primitive figures or the rudimentary attempts of children at human or animal forms up to the most refined outlines of a Greek vase-painter, or say the artist of the Dream of Poliphilus, the difference is one of degree.
Toon meer Toon minder