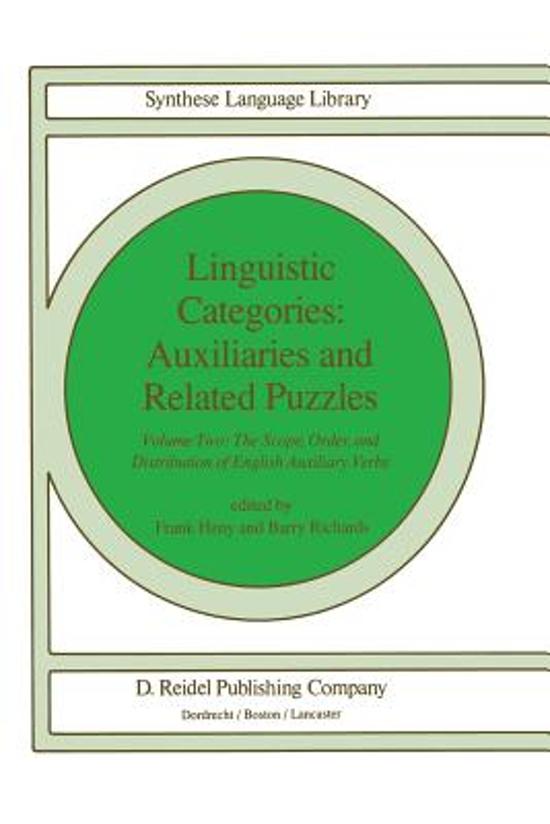 Virtually all the papers in these volumes originated in presentations at the Fourth Groniogen Round Table, held in July 1980. That conference, organ- ized by the Institute for General linguistics of Groniogen University was the fourth in an irregular series of meetings devoted to issues of topical interest to linguists. Its predecessor, the Third Round Table, was held in June 1976, and dealt with the semantics of natural language. A selection of the papers was published as Syntax and Semantics 10, Selections from the Third Groningen Round Table, ed. by F. Heny and H. Schnelle, Academic Press, 1979. This fourth meeting was more narrowly focussed. The original intention was to examine the hypothesis of Akmajian, Steele and Wasow in their paper 'The Category AUX in Universal Grammar', Linguistic Inquiry 10, 1-64. Ultimately the topic was broadened considerably to encompass not only the syntax, semantics and morphology of auxiliaries and related elements, but to tackle the problem (implicit in the original work of Akmajian, Steele and Wasow) of justifying the selection of categories* for the analysis of natural language. In the summer of 1979, a workshop and short, informal conference were held at the University of Salzburg, in preparation for the Round Table. These were organized in conjunction with the Summer Institute of the linguistiC Society of America. The cooperation of the LSA and of the University of Salzburg, and in particular of the Director of that Institute, Professor Gaberen Drachman,is hereby gratefully acknowledged.
Toon meer Toon minder