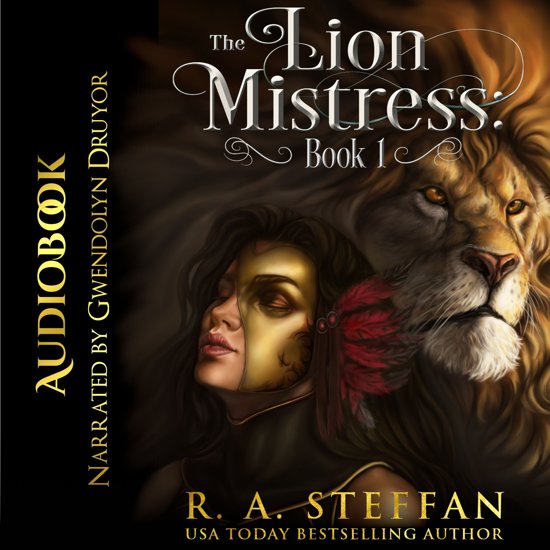 The gods promised her a savior.


The gods are a bunch of lying bastards.


Instead of delivering her from a life of slavery, they ripped away everything she ever cared about.


Now, Kathrael must choose. Lie down and accept her fate, or risk her life and try to change the future.


Destiny is calling, but she won't face it alone. She has a gentle Seer, a crazy lion-shifter, and the ghost of her dead best friend on her side. Of course, none of them have the faintest clue what they're getting themselves into. But that's all right. Because Kathrael of Rhyth has chosen to fight for freedom.


And as far as she's concerned, the gods can either step in line, or get the hell out of the way.


The Lion Mistress begins a new chapter in the 2016 Rainbow Award winning ***Horse Mistress***series by USA Today bestselling author R. A. Steffan. (It is not necessary to read the Horse Mistress books first.) Perfect for open-minded fans of paranormal ménage and fantasy reverse harem romance, the story explores the strength of the human spirit, and the ways in which love can overcome the scars of the past.


Author's note: Unlike the majority of the fantasy genre, this series contains explicit sex. The sex is not particularly vanilla, and some of it is between two men who love each other. If any of these three facts made you go, "Eww," then you probably wouldn't enjoy this book.