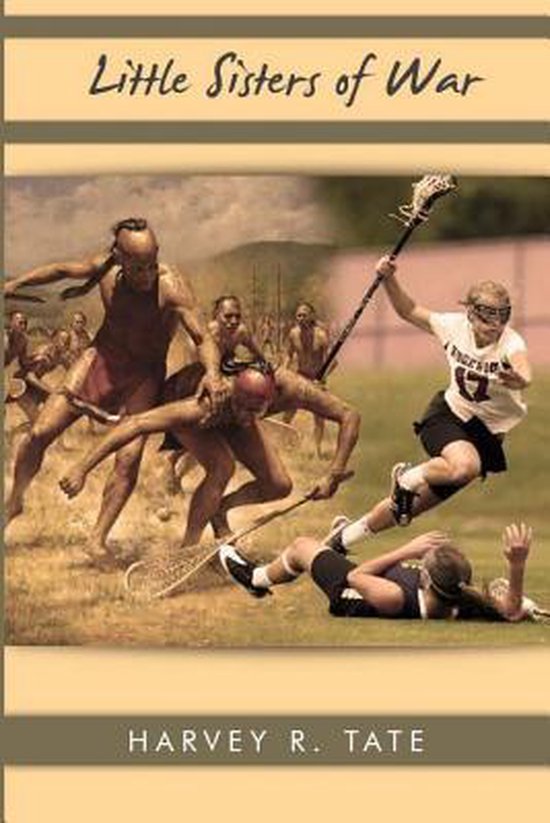 In the shadow of the Blue Ridge Mountains, the Shenandoah Valley is the setting for Little Sisters of War, a story of women athletes and the game of lacrosse. Things begin with Kate Holland preparing to return to her alma mater, tiny Spotswood College. Her journey takes us back to the years when she was young, when much of her character was formed, especially during one particular year; a season of controversy, conflict, and triumph...Kate had eight minutes to get over to the dining hall. She grabbed her hat, and bolted. A brass bar securing the weathered oak doors of Wilson Hall clanged, rattled and snapped as it opened. A stray gust of ice-cold air stopped Kate in her tracks. She stood motionless, elevated above the campus mall. Crunching metal noises, a door slamming behind her, jarred her into action. She stood alone in the rising half-light. She inhaled deeply, permitting cool crisp air to stir her senses. A wood stove in the distance—a hint of dampness—food—ubiquitous scents of mountains—the remnants of winter intermingled. She shivered. Bad weather still lurked, dormant and hidden, waiting to be aroused for a final glory ride up Shenandoah’s valley from the southwest. There is always one last storm to announce the arrival of spring.The breeze moving gently from the north brought a distinctive musk of cow manure. In her four-year stay at Spotswood College, she’d learned to judge wind direction by odor. A wind from the west carried the smell of turkey crap—cow smell came on a north wind. Her senses quickly dulled. “I love this foul-smelling place.”...The ball came loose. Taylor and Dee collided—a face plant, they hit the ground. The ball popped loose, and players from both teams scrambled after the elusive ball. The sound of the umpire’s whistle penetrated the confusion. The players looked up, trying to find the reason for the whistle. The umpire stood with her right hand behind her head. She then turned and pointed up field. “Offensive foul—charge, possession—Spotswood.”Taylor picked herself up and dusted the dirt off her kilt. She felt places on her body still throbbing, and her eyes were fuzzy, but this passed quickly, forgotten when the umpire placed the ball firmly in her crosse. Her first glance was up field. Kate looked coated with Hanna. In a fraction of a second she found the uncovered player, Jen, wide open along the sideline. When the whistle blew, Taylor fired the ball over to Jen. Jen took off down the sideline, with less than a minute on the clock, the timer walked out on the field to count out the remaining sixty seconds for the umpire. The falling shadows of the sun cast an ominous pall on the field. This late in the day the lowering sun was shining brightly over the Patriots goal. Jen looked to pass, she saw Catbird open at midfield. She passed to the only open player. Cat remembered how Kate attacked the middle, so she took off for the center. Cat dodged through two players and broke open. Hanna planted herself in front of her. She saw Kate in the corner of her eye, backing up slowly. She passed to her. Now, Hanna was between Kate and the goal.Cat saw the events in slow motion it was like a dream. She was dreaming she played for her tribe and her clan on a great plain. She would wake up when the Creator’s face began to form in the clouds. Reality took over. She knew exactly what would happen—it was coming. As Kate sprinted toward the goal, Cat ran too. As Kate got close, the entire Lee defense shifted her way. Cat waited. ...They sat quietly on the steps of Wilson Hall, afraid that entering would complete the journey. There was really no drama in their passage. It was an expedition of accomplishment marked by an extraordinary normality. No fireworks, some tragedy, a grand revelation here and there. At the end they were better prepared for their next beginning. Kate finally spoke. “I’m going to get my degree and the odds of waiting tables at the Truck n’ Wash diner is another day slimmer.”
Toon meer Toon minder