Little Women of Baghlan The Story of a Nursing School for Girls in Afghanistan, the Peace Corps, and Life Before the Taliban 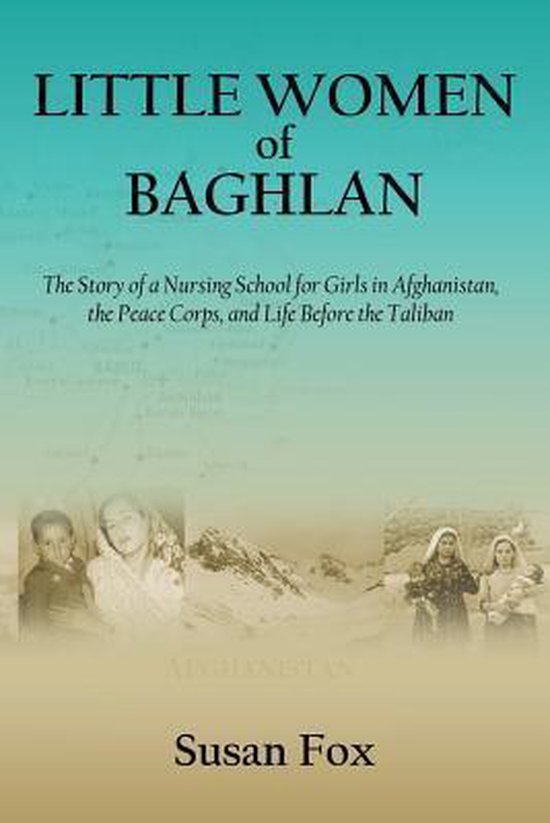 Little Women of Baghlan is the true account of an ordinary young woman who answers the call to service and adventure during an extraordinary time in world history. Her story rivals the excitement, intrigue, and suspense of any novel, unfolding against the backdrop of changing social mores, the Cold War, the Peace Corps, and a country at the crossroads of China, Russia, India, Pakistan, and Iran. When John F. Kennedy, delivers a speech in the Senate Chambers on a hot July day in 1957, a young girl named Joanne Carter listens from the Senate gallery. Ten years later Kennedy has been assassinated and America is mired in the Vietnam War. Jo remembers Kennedy's words and is inspired to join the Peace Corps. She flies into Afghanistan on March 21, 1968. From her plane window, the Hindu Kush Mountains appear desolate and barren, not unlike the surface of the moon. On the ground, Kabul explodes into color and sound. Taxis honk. Busses spew diesel fumes, sharing traffic lanes with donkeys and camels. The air is infused with the aroma of wool, dust, and dung. As the Volunteers tour the Blue Mosque in Mazar-e Sharif, three Russian MIGS buzz the courtyard, foreshadowing the Soviet invasion of 1989. With co-workers Nan and Mary, Jo starts a school of nursing for Afghan girls. The students are almost non-literate. The hospital lacks equipment, trained doctors, and a reliable source of water. Babies routinely expire from poor delivery practices. On Christmas Eve 1968, Jo walks the frozen mud streets of Baghlan. Overhead, the Apollo 8 astronauts orbit the moon. In January, the women travel on vacation to India, prompting the Peace Corps director in Kabul to dub them the "Little Women of Baghlan." They make a stop at Peshawar Air Base in Pakistan, and Jo attracts the attention of a handsome, charismatic airman. When they return, Jo reflects on the paradox that is Afghanistan. The Afghans are mired in poverty, yet generous to the point of embarrassment. The men are welcoming and solicitous of the Volunteers, yet capable of turning a blind eye to the suffering of their wives, daughters, and sisters. The climate is harsh and unforgiving; the Hindu Kush starkly beautiful. During her two-year deployment, Jo fills the pages of a small, compact diary, never dreaming her tiny handwriting will eventually become a significant historical account. Nearly a half century later, her journal is a bittersweet reminder of a country that has since vanished—a country on the brink of becoming a modern nation, moving toward the recognition of women's rights. The Volunteers live in safety. They celebrate the end of the holy month of Ramadan and Eid-al-Fitr with their Afghan hosts; the Muslims bring a Christmas tree to their American guests. The Peace Corps workers are long gone, replaced by Soviet troops in 1979, mujahideen fighters ten years later, the Taliban in 1996, and the United States military in 2001, joined by NATO forces in 2003. Afghanistan is no longer the name of a country, it is the name of a war. The country Jo once called home has been buried under layers of recent history, and there is little evidence to suggest that such a time or place ever existed.
Toon meer Toon minder