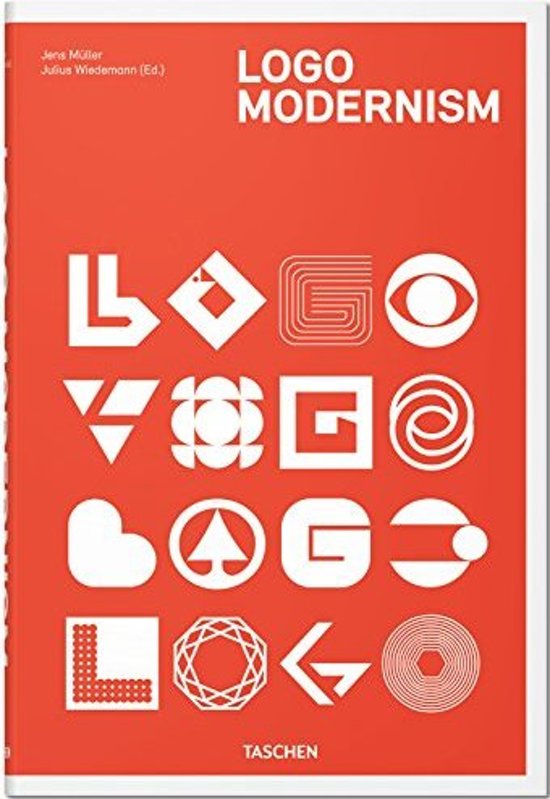 Modernist aesthetics in architecture, art, and product design are familiar to many. In soaring glass structures or minimalist canvases, we recognize a time of vast technological advance which affirmed the power of human beings to reshape their environment and to break, radically, from the conventions or constraints of the past. Less well-known, but no less fascinating, is the distillation of modernism in graphic design. This unprecedented TASCHEN publication, authored by Jens Muller, brings together approximately 6,000 trademarks, focused on the period 1940-1980, to examine how modernist attitudes and imperatives gave birth to corporate identity. Ranging from media outfits to retail giants, airlines to art galleries, the sweeping survey is organized into three design-orientated chapters: Geometric, Effect, and Typographic. Each chapter is then sub-divided into form and style led sections such as alphabet, overlay, dots and squares. Alongside the comprehensive catalog, the book features an introduction from Jens Muller on the history of logos, and an essay by R. Roger Remington on modernism and graphic design. Eight designer profiles and eight instructive case studies are also included, with a detailed look at the life and work of such luminaries as Paul Rand, Yusaku Kamekura, and Anton Stankowski, and at such significant projects as Fiat, The Daiei Inc., and the Mexico Olympic Games of 1968. An unrivaled resource for graphic designers, advertisers, and branding specialists, Logo Modernism is equally fascinating to anyone interested in social, cultural, and corporate history, and in the sheer persuasive power of image and form.
Toon meer Toon minder

This fantastic collection of handsome logos testifies to the enduring power of clean, crisp, universally symbolic design language that is a far cry from the often trendy, cheesy, puffed-up corporate branding that exists today. [...] Logo Modernism is a brilliant catalog of what good corporate logo design looks like. ...blockbuster new book Logo Modernism...is a beautiful distillation of modernist ideals rendered in their most superbly crafted way. ...Almost limitless as a logo archive for the period, TASCHEN's Logo Modernism means business about the business of good design. ...This book is not only full-to-bursting with hugely important logos, it is physically huge!... If you have an interest in social, cultural or corporate history, this is an unrivalled resource and deserves a place on your shelves (if it will fit).