Lonely Conflict a Novel of the Vietnam War 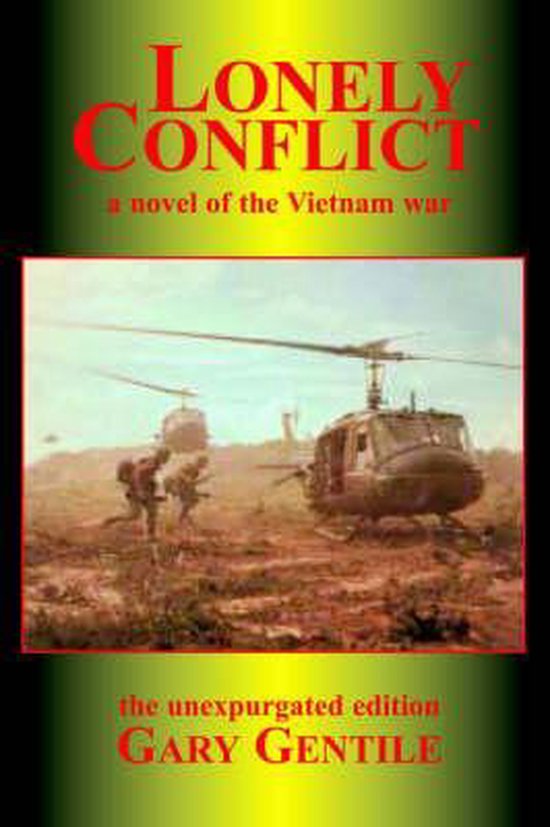 Lonely Conflict is Gary Gentile's gutsy, hard-bitten drama of America clashing with itself. It is not a stereotypic war novel. Although it focuses on Vietnam, it is first and foremost a work of literature, with strong emphasis placed on character development. The story centers on a group of teenagers who are each affected by the war in different ways. The narrative follows Anthony Giovanni: a college student who is drafted between semesters. While his friends remain at home in South Philadelphia, Tony is trained in jungle warfare and sent into combat in Vietnam. Through Tony's eyes, the reader sees America at its lowest ebb: from campus demonstrations to trainee humiliation to an insensitive military machine that was totally lacking in compassion for the men who were forced to fight a war that was not of their choosing. Tony's friends provide divergent viewpoints on American involvement. Even though Lonely Conflict is a work of fiction, the scenes depicted in the book represent actual events. The author experienced many of the incidents firsthand; others he witnessed, some he heard from the participants. No matter how absurd or preposterous they may seem, the depicted situations actually occurred in one form or another. In this respect, Lonely Conflict personifies historical fiction. The author did not create or originate any of the plots or subplots. Rather, he compiled the storyline from his own experiences in the Army and in Vietnam, along with events which he knew to have occurred, and arranged the narrative in a sequence that presented scenes in such a way as to maximize the dramatic appeal. Each scene is therefore a combination of various situations that he parsed, rearranged, merged, or blended in order to create a cohesive whole, and to achieve a semblance of allegory. The characters are composites or extrapolations of real people. The author recreated the dialogue, but based the words, thoughts, ideas, opinions, and dialect on those of people he actually met. His purpose in this regard was to convey the polemics that ran rampant during those tempestuous times, when the United States was embroiled in, and torn apart by, the Vietnam conflict. The characters symbolize controversial attitudes. The purpose of this novel is to exemplify the turmoil of the Vietnam era for present and future generations. In one way or another, every American citizen, no matter how tangentially, was affected by the political appeal to arms. Particularly affected were those men who fought in the war, those draft-age males who avoided the war, those dissidents who actively protested the war, and those fortunate youths who - due to physical disqualification, sexual discrimination, or pure luck of the draw - managed to escape the war. Never in American history have such a large percentage of citizens demonstrated against a war. The manner in which Americans reacted to the war was a testament to the evil of conscription, which violated the Constitutional creed by enslaving American citizens to fight in a foreign country for freedoms which Americans themselves did not possess.
Toon meer Toon minder

Originele Titel
Lonely Conflict: A Novel of the Vietnam War