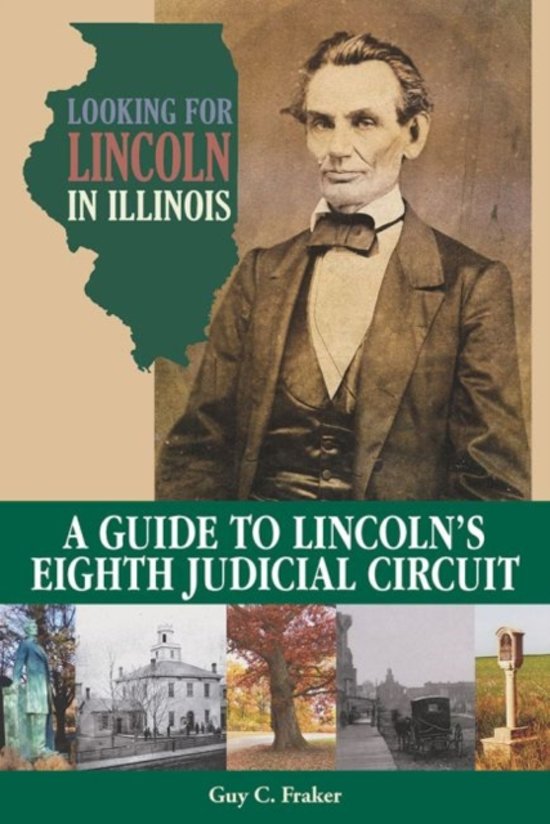 For twenty-three years Abraham Lincoln practiced law on the Eighth Judicial Circuit in east central Illinois, and his legal career is explored in Looking for Lincoln in Illinois: A Guide to Lincoln's Eighth Judicial Circuit, the first guidebook to the circuit. Guy C. Fraker directs readers and travelers through the prairies to the towns in which Lincoln practiced law. Twice a year, spring and fall, Lincoln's work took him through the circuit's fourteen counties, a ten- to twelve-week journey covering more than four hundred miles. As his stature as a lawyer grew, east central Illinois grew in population and influence, and the circuit provided Lincoln with clients, friends, and associates who became part of the network that ultimately elevated him to the presidency. Fraker guides travelers down the long stretches of quiet country roads that gave Lincoln time to read and think, shaping his views of democracy and governance, to the locations where Lincoln's broad range of cases expanded his sense of the economic and social forces changing America. This addition to the Looking for Lincoln series provides detailed directions, five maps of the routes, and more than one hundred images of the people that impacted Lincoln and the places where so many formative events occurred. Showcasing courthouse markers, county line markers, Looking for Lincoln Wayside Exhibits, and numerous other points of interest, this unique guidebook invites travelers to visit the towns where Lincoln practiced law, view the terrain that is much the same now as when Lincoln passed, and perhaps experience a sense of Lincoln's presence in those quiet, out-of-the-way places.
Toon meer Toon minder

Some years ago, I joined Guy Fraker on a remarkable tour of Lincoln's law practice on the Eighth Judicial Circuit--and now you can too. A lawyer and Lincoln scholar, Fraker brings us up close and personal to Lincoln the lawyer and politician. In this marvelous guided journey, you will come to see how Lincoln's law practice prepares him to be our Civil War president. --Ronald C. White, author of A. Lincoln: A Biography and American Ulysses: A Life of Ulysses S. Grant Guy Fraker's tours of Lincoln's Eighth Judicial Circuit have become locally legendary, and if you do not have the good fortune to tour with him in person, here is the book to take the tour alone or with friends. Nowhere in the Lincoln literature is such interesting historic detail laid out so simply and well as it is here. --James M. Cornelius, curator, Lincoln Collection, Abraham Lincoln Presidential Library and Museum A Guide to Lincoln's Eighth Judicial Circuit will appeal to armchair travelers as well as tourists, and offers amazing insights into the conflicts and conundrums Lincoln confronted during his younger years, all of which would help prepare him for his years as President during the American Civil War. Highly recommended. --James A. Cox, Midwest Book Review
Toon meer Toon minder