Lord and the General Din of the World Poems 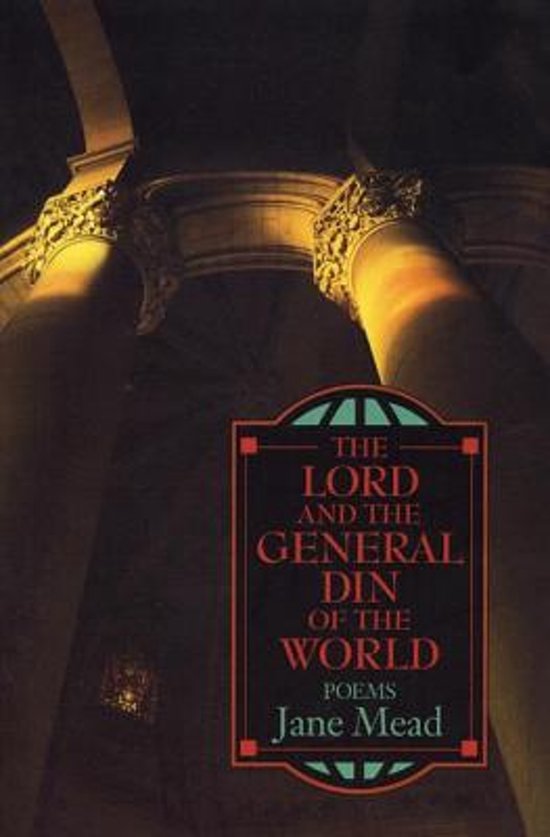 Jane Mead was educated at Vassar College, Syracuse University, and the University of Iowa Writers' Workshop and has taught at several schools in the San Francisco Bay area, at Colby College, and in the Iowa Summer Writing Festival, In 1991, State Street Press published her long poem A Truck Marked Flammable as a chapbook. Her individual poems have been widely published in such places as The New York Times, Best American Poetry of 1990, American Poetry Review, The Virginia Quarterly, Ploughshares, and The Antioch Review. In 1992, she received a Whiting Writers' Award. Mead's poems lay bare a pathology that evidences the world and the self as illness and cure, where language bears the hellish and the holy fruit of its culture. Mead unsettles me. And I'm grateful. -American Book Review Waiting for redemption from on high is a futile hope, and from that sudden understanding comes the animating imagination that carries these poems along. They read with an ease exceptional in poetry today, and at times with a playfulness akin to some of Roethke's last books. -Rain Taxi Jane Mead-Poet. Author of what may be the best book of poems for 1996-The Lord and the General Din of the World. -The Bloomsbury Review The Lord and the General Din of the World, spoken in an intensely open voice . . . suggests that the only stable existential presence can be created in the language of art. But at every turn the relationship between language and identity is questioned. -The Journal [These poems] may change your view of what has meaning in the madness of American culture. Such poetry could easily become tediously clinical or unbearably despairing, as so many poems on the subject are. In fact, Mead never lets the reader off easy the unearned hope or resolutions. She does reveal, however, possibilities for redemption. -Small Press Review These are not poems to be read silently, in a comfortable corner or chair. . . . [Mead's] poems enriched my appreciation of words and image and life in general. -Hodge Podge Poetry
Toon meer Toon minder