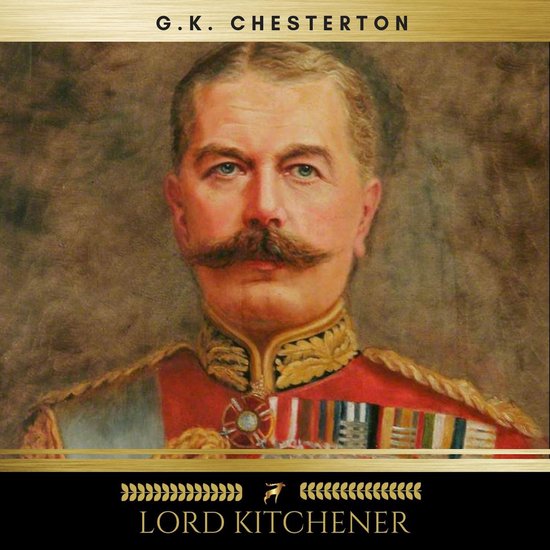 "Gilbert Keith Chesterton, KC*SG (29 May 1874 – 14 June 1936), was an English writer, poet, philosopher, dramatist, journalist, orator, lay theologian, biographer, and literary and art critic. Chesterton is often referred to as the ""prince of paradox"". Time magazine has observed of his writing style: ""Whenever possible Chesterton made his points with popular sayings, proverbs, allegories—first carefully turning them inside out.""

Horatio Herbert Kitchener was Irish by birth but English by extraction, being born in County Kerry, the son of an English colonel. The fanciful might see in this first and accidental fact the presence of this simple and practical man amid the more mystical western problems and dreams which were very distant from his mind, an element which clings to all his career and gives it an unconscious poetry. He had many qualities of the epic hero, and especially this -- that he was the last man in the world to be the epic poet. There is something almost provocative to superstition in the way in which he stands at every turn as the symbol of the special trials and the modern transfiguration of England; from this moment when he was born among the peasants of Ireland to the moment when he died upon the sea, seeking at the other end of the world the other great peasant civilisation of Russia. Yet at each of these symbolic moments he is, if not as unconscious as a symbol, then as silent as a symbol; he is speechless and supremely significant, like an ensign or a flag. The superficial picturesqueness of his life, at least, lies very much in this -- that he was like a hero condemned by fate to act an allegory