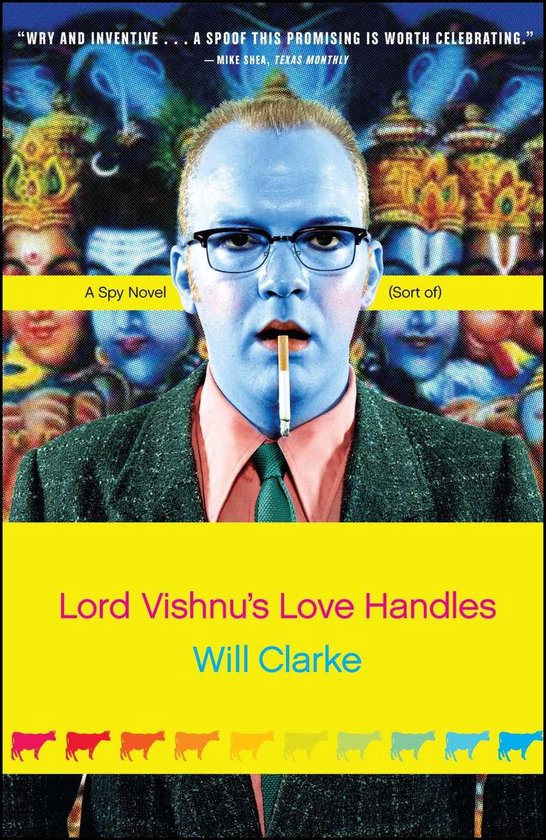 Travis Anderson has a psychic gift. Or so he thinks. So far he's used his premonitions only to acquire an upper-middle-class lifestyle - pretty wife, big house, and a shiny Range Rover - without having to make any real effort. But recent visions threaten his yuppie contentment and a series of inaccurate and horrifying prophecies humiliate him in front of his fellow country club members. The IRS pulls Travis's number, too, demanding an audit of his sloppy bookkeeping. Drowning in mounting financial problems and apparent mental illness, Travis tries booze and pills to stay afloat, but nothing, not even golf, works. Travis is in danger of losing his family, his career, and ultimately, his sanity. That is, until he meets a Hindu holy man in rehab who claims to be the final incarnation of Lord Vishnu (the Hindu god who is the preserver of the universe). Suddenly, the tragically shallow Travis is saddled with the responsibility of bettering mankind and saving the world. LORD VISHNU'S LOVE HANDLES is a slyly humorous novel that twists and turns with hilarity. Combining a wildly original plot with witty dialogue and a strangely loveable - if possibly deranged - narrator, Will Clarke's impressive debut will have readers eagerly following Travis on his mind-boggling and comic journey.
Toon meer Toon minder