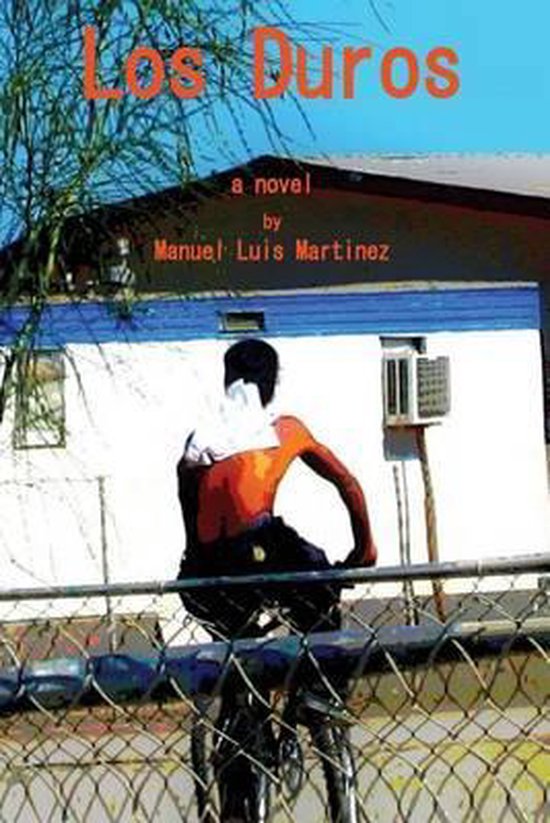 This is a joint publication of Floricanto and Berkeley Presses.Los Duros is a destitute colonia suffocating in the brutal heat of the Mojave Desert. Families must live without running water or electricity as they attempt to survive on the edge of the Salton Sea, a toxic lake where dead fish rot and poisons pollute the shore. The reality of living in the shanty wastelands of the affluent jewel cities of southern California threatens to destroy two young men living in desperate poverty and abandonment. On a night of unthinkable violence, Banger and Tarasco will be thrust together as they confront the tragic circumstances that threatens to claim them as two more squandered casualties to the callous indifference suffered by those forced to live in the shadows. Guillermo, an idealistic teacher, and Juan, the long-absent father of one of the boys, are desperate to help them when Banger and Tarasco become suspects in a local arson and double-murder. Los Duros examines the role of fate in the lives of a generation of forgotten children; can love achieve redemption for a tortured father and raise the hope that origin does not constitute destiny? This is a crucial and timely story of a place that seems far away, but exists in the darkest recesses of our America and its dissipated dream. “In the tradition of Richard Vásquez and Tomás Rivera, Martinez brings to life the bleak — though not hopeless — world of Los Duros, a colonía of poor Latinos and undocumented workers located outside the wealth and sprawl of Palm Springs. Following the intertwined lives of four of its residents — a high school teacher newly arrived from San Antonio who uses his classroom for activism and uplift; one of his students, a man-sized Native American boy trying to hide from the world within his silence; another student, brash and angry and with a wild streak; and that boy’s estranged father, recently released from the penitentiary and wanting to atone for all the ways in which he has failed his son — Los Duros is Border Realism at its best, John Steinbeck in twenty-first century brown skin.” --David Wright, author of Fire on the Beach: Recovering the Lost Story of Richard Etheridge and the Pea Island Lifesavers “Los Duros is a haunting story of racism and poverty and sacrifice and love. Manuel Luis Martinez writes with such courage and grace, and he has much to show us about the comings and goings of people forced to the edge. The characters and events of this novel are unforgettable.” --Lee Martin, author of The Bright Forever Manuel Luis Martinez is a native Texan currently living in Columbus, Ohio with his wife and daughter. He serves as an associate professor of twentieth century American literature, American studies, Chicano/Latino studies, and creative writing at the Ohio State University. His novels include, Crossing, Drift, and Day of the Dead. Most recently, he was inducted into the Texas Institute of Letters. For a student study guide with news articles, interviews, documentaries, and other features including interaction with the author, please visit: www.facebook.com/LosDurosNovel. You may visit the author’s webpage: ManuelMartinez.info, or email him at memorybabe@me.com. Floricanto Press
Toon meer Toon minder