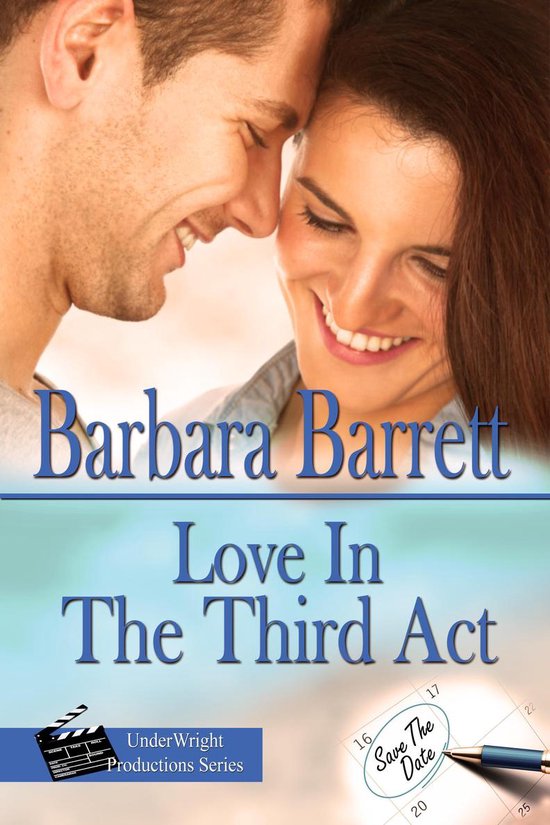 Wedding planner Hadley Mayhew makes the mistake of sharing with new client her mother's bizarre request to help her find a man, never contemplating the woman will think the idea of a mature child helping their parent reenter the dating game might be great fodder for a reality TV show. Even more surprising, her client wants Hadley and her mother to be her first subjects.


Kevin Barkley had every reason to believe he'd be a huge success as a filmmaker when he won his film school's most prestigious award. But for reasons he doesn't understand, fate, or what seems to be fate, keeps working against him. Several producing jobs have eluded him, notably a recent offer that was withdrawn at the last minute. To make matters worse, the showrunner has been spreading rumors that Kevin is difficult.


Temporarily unemployed, Kevin is unable to refuse his aunt's offer to executive produce and direct her latest project, a reality show about senior dating, especially since the money involved is obscene. There's just one catch: He must agree to hire Hadley Mayhew, his former best friend in college, as his writer and assistant producer. If they are to work together, can his forgive her for revealing his fiancée was cheating on him?


Barbara Barrett, shapes the characters of her contemporary romances against the backdrop of their careers. In her new series, UnderWright Productions, she enters the world of TV production.


Love in the Third Act, Book 3 in the series, features two former friends from film school, whose friendship imploded when Hadley Mayhew felt it her duty to tell Kevin Barkley his fiancée was cheating on him. Devastated by his negative reaction, she wound up taking a different career path once she graduated. Now, eight years later, her wedding planning business is doing quite well, although it has also become routine. Though Kevin went on to win the most prestigious film award in school, his career hasn't reflected his incredible potential. Although he's done okay, he's been passed over for assignments that would have taken his career to the heights. His latest rejection, which has made an industry pariah, is enough for him to agree to executive produce and direct a reality TV show about senior dating and work with his former friend.


As Book 3 in the UnderWright Productions, Love in the Third Act continues to feature Jordan Wright and Bart Underwood in secondary roles as their relationship evolves.


As with most of Barrett's books, Love In The Third Act intertwines the characters' family relations with their career issues. Hadley isn't keen on appearing with her mother in a TV show on senior dating until she observes how her mother's so-called friend patronizes her because she doesn't have a man in her life. Only then is she willing to participate. Bart's aunt "negotiates" the nature of her wedding activities with her fiancé in return for his financing this TV show that will give Bart a second chance.


Besides the first two books in this series, Don't Toy with Me and Change Up, other books by Barrett include: And He Cooks Too, Driven to Matrimony, The Sleepover Clause, Seduction on Wheels, Keeping it Casual, Saved by the Salsa, Tough Enough to Tango, Not Your Mama's Mambo, and Barefoot Bay: Paradise by Design, a novella.