Love Like Lightning Ten Stories of Love at First Sight 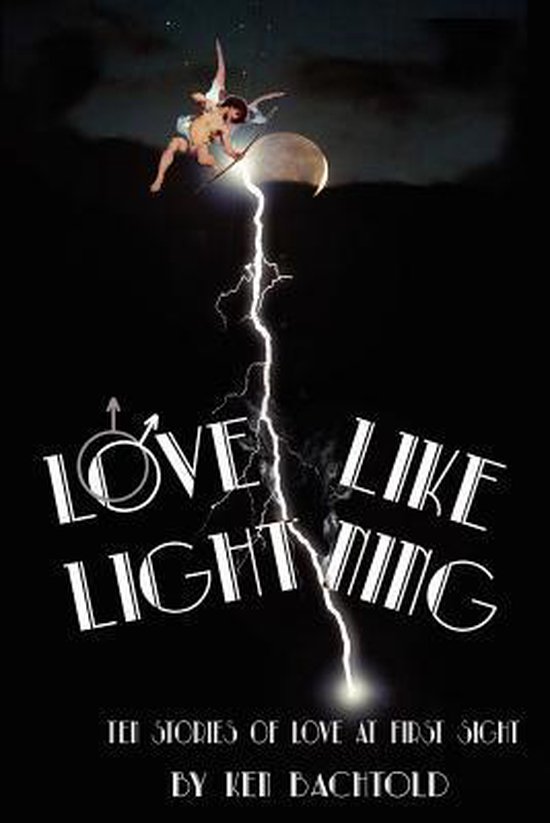 LOVE AT FIRST SIGHT. DOES IT EXIST? OR IS IT JUST A LOVELY FANTASY? JUST ASK THE 10 MEN FEATURED IN THESE STORIES For instance, take JOSHUA CRANDELL. He was very surprised. Afterward, he could never quite explain what, after many years, had prompted him to turn right into the gay bar. After many failed relationships, he'd virtually given up on ever finding the romance, actually love long-lasting. The one man sitting alone at the bar glanced at him, his well-shaped head only slightly turned. Josh was stunned. There sat the most beautiful man he'd ever seen. The fellow smiled slightly and very slowly turned his barstool fully around facing Josh directly for a moment. With an involuntary intake of breath Josh saw that the right side of that beautiful face was badly scarred. Josh protested in his head that he wasn't that kind of guy. He stepped forward and purposely crossed to the right side stool and sat down next to this man. "CHi," he said. "I'm Josh. Or Joshua, if you insist on formality," he quipped. "What? You want to talk to the poor disfigured guy, pat yourself on the back and then leave, having done your good deed?" "Look," Josh said, "Let's start over. CHi, my name's Josh." He held out his hand to shake. In return he got a look that was still suspicious. But after a time, the guy said, "I'm Andrew, or Andy, if you want to be less formal." He slowly and, obviously, reluctantly, held out his hand. Their touch was electric. Or maybe take TOM GRANGER. He sat on the soft green grass staring at the gravestone. Oh, he knew the words by heart, he'd ordered them himself, but at that moment, the thought behind the words suddenly seemed to seize him it a vise-like grip. His chest muscles tightened as if with a spasm, and his heart hurt. There are so many songs in me That won't be sung. True. So true. That had been his blond Danny. Full of music. Not that he
Toon meer Toon minder