Love of Life & Other Short Stories 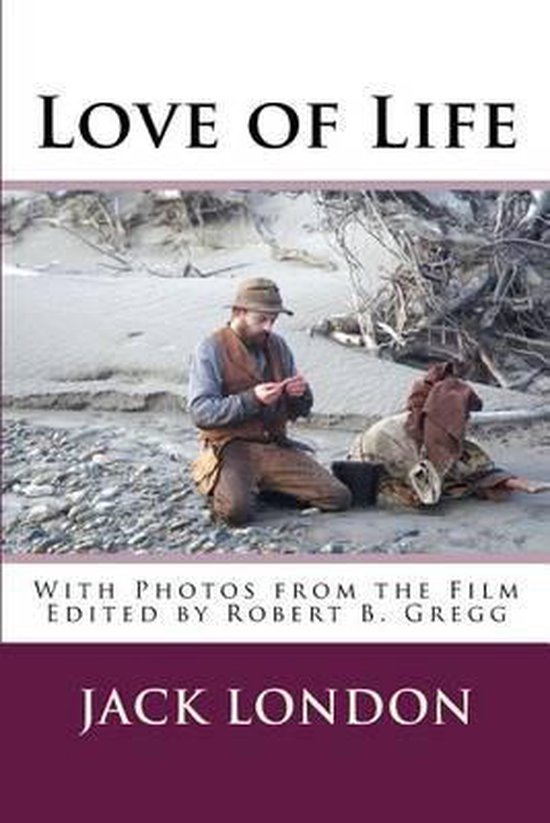 Much like ''The Revenant,'' the secret to the appeal of the title story in this book is the immediate emotional impact it produces. The reason we made a motion picture out of Love of Life is because starting from the very first scene, we can rely on visual imagery, drawing a clearer picture of events as well as to intensify what is happening to the main character.We see and feel the cold and hear the dull voice of the man in the story. We listen to the man's thoughts and consciousness. The man has been abandoned by his long time friend. We pray for him to survive. The visual images of the hero's suffering cause and intensify our compassion for him.One thought finally took total control of his consciousness, to eat! He sleeps under the open sky but is restless and hungry. Ragged, lost in the wilderness, the man struggles, but he is unwilling to die, this is the force that drives him on.A sick and starving wolf follows the man closely. London's story is not an artificial exaggeration of human qualities. Rather it is London's discovery in fiction, which resulted from the life experience of a courageous, energetic man, who loved to compete with danger until the end of his life.It is a film about one person's strength and persistence to survive.The basis for the plot in The Love of Life is found in the real-life events in Alaska encountered by London in a newspaper.One of them happened on the Coppermine River, where one of the gold hunters with a badly sprained ankle barely made it to a populated area.Another event took place at Nome. There in the land of tundra, a gold miner got lost and almost died. The facts about food hoarding and mania about food that haunted a person who experienced extreme hunger London also found in a book by Lieutenant Greeley about his polar expedition.As we can see, true fact constituted the foundation of Londons plot. Added to them was the experience of the personal walk of suffering, Londons own impressions from his gold mining days. All these things may seem little, but were significant enough to provide the realistic backdrop for the story.Londons Code of the North was based on trust and mutual honesty. Harsh conditions brushed off the husk of insincerity and ostentatious bravery, revealing a person's true value. London's writing spoke against egoism, promoting friendship and mutual aid.In his works, he advocated strong-spirited people. According to the author, a coward, a worthless human being, will die sooner than a courageous person. This is how the man in the story The Love of Life died who abandoned his companion.London does not belong to the category of romantic writers, who portray the difficulties of struggle in rose colors, thus deceiving and disarming an audience in the face of serious trials of life. Love of Life, and the included, To Build A Fire, and dozens of other stories, novels and narratives of this outstanding American writer are the immortal witnesses of Jack London's unique talent and of his courageous depictions of reality. My adaptation Jack Londons Love of Life the movie brings that reality to the motion picture audience.-Robert Gregg - Editor/Screenwriter/Producer
Toon meer Toon minder